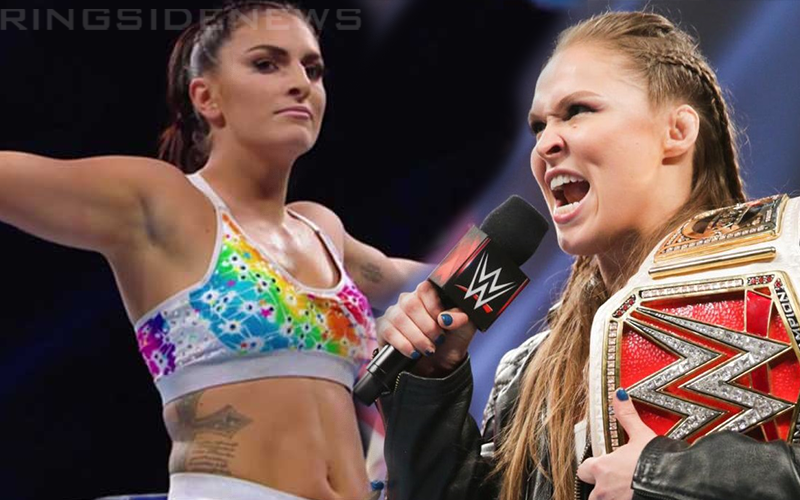 Ronda Rousey is very outspoken and she can see things from a different viewpoint as well. Therefore, when Rousey discussed the idea of her and Natalya not being in the Women’s Tag Team Title match at Elimination Chamber it upset her as she discussed the inconsistency in WWE’s booking.

During that interview on her YouTube channel, Rousey threw a pretty big shot at one person who is in the match: Sonya Deville. The Baddest Woman On The Planet belittled Deville’s MMA career which caused the Fire & Desire member to respond.

“Haha that’s cute you’re a little salty from some factual comments I made. Well you know where I work and I would love to reenact the look on your face when you got KOed”

Sonya Deville sounded pretty serious about this. However, if WWE would book the match, it might not end with a Ronda Rousey KO. Stranger things have happened before in WWE.