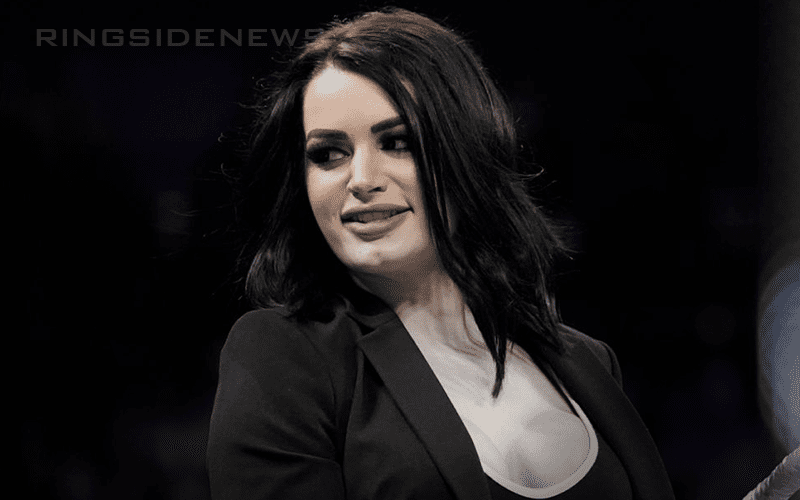 Paige was forced to retire from in-ring competition after it was discovered that she has spinal stenosis. This is the same injury that ended the careers of Edge and “Stone Cold” Steve Austin as well. Therefore, it caused a sudden stop to her in-ring career.

While speaking to Entertainment Weekly, Paige opened up about her plans post-WWE. She is already building her brand and living by advice that The Rock gave her to focus on being the first her and nothing else.

“Don’t worry about being the next me, be the first you. That’s kind of the advice I have for people, too. You want to start building your brand early on, even if you love the job that you’re in because you know some things don’t last forever.”

Paige’s brand is doing very well. Her makeup line is now available at Hot Topic stores and she is modeling too. Therefore, even when Paige leaves WWE it’s not likely that she will disappear in the slightest.