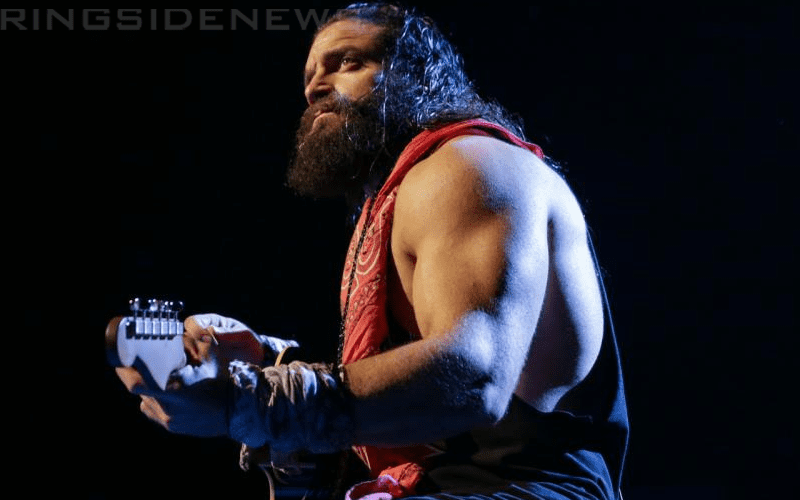 WWE needs to do interesting things when they roll into some local markets. At times, they need to have someone wrestle as a babyface when they are actually a heel on television. This decision could be due to a couple of reasons. No matter the logic WWE used in this instance, Elias worked as a babyface during this weekend’s WWE house shows.

Elias turned heel out of the blue at the Royal Rumble when he insulted the Arizona Diamondbacks baseball team. His heel turn was fully realized after he attacked Jeff Jarrett the next night on RAW.

However, fans at WWE house shows this weekend might have been a bit confused. Because Elias wrestled as a babyface against Drew McIntyre.

In spite of how mean he can be to the crowd, Elias is still very popular. His musical insult comic vibe is catching on. He might have worked as a babyface because WWE knew the fans would cheer for him anyway. It also could have been because was facing Drew McIntyre who would not be able to wrestle as a babyface seeing how it would totally destroy his on-screen persona.