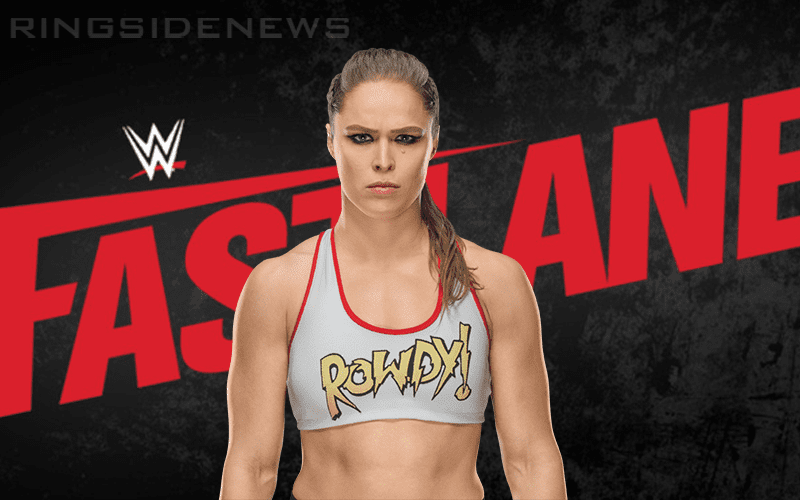 Ronda Rousey might be leaving after WrestleMania for a bit. Therefore, WWE wants to use her as much as they can while she is still with the company on a full-time basis. This is true even if they don’t know who she is going to face yet.

WWE Fastlane is the final WWE pay-per-view before WrestleMania and some wondered if Ronda Rousey would take the night off. Dave Meltzer said on Wrestling Observer Radio that she will work the show, but WWE doesn’t know who they will put with her yet.

Ronda Rousey’s Elimination Chamber match is set and she will defend the Raw Women’s Title on the pay-per-view where she signed a WrestleMania match contract last year. Ruby Riott doesn’t intend on going down easily at Elimination Chamber. Therefore, Rousey will have a fight on her hands next week.

Rousey’s WWE journey will continue at Fastlane, WWE just doesn’t know who she will be facing yet. We can only assume that it will further set the stage for a WrestleMania main event match.