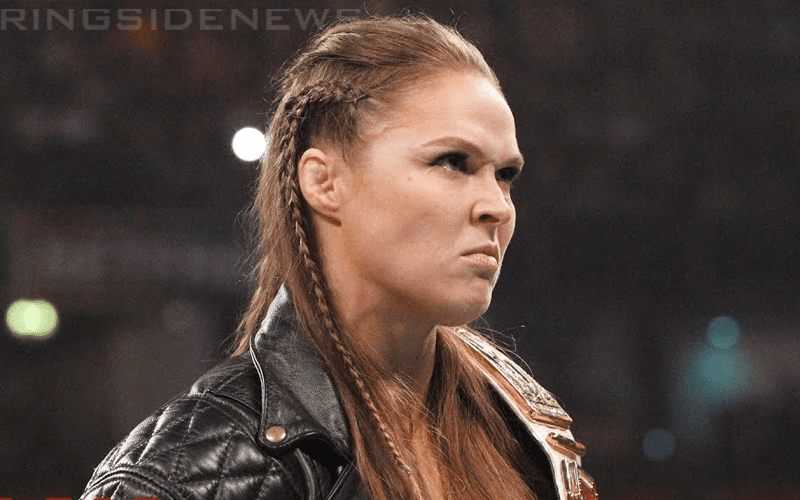 WWE Elimination Chamber will see six female teams battle for a chance to be crowned new WWE Women’s Tag Team Champions. Ronda Rousey’s friendship with Natalya has been well-documented. Therefore, she doesn’t really understand why they were not chosen to be a part of that Elimination Chamber match.

Ronda Rousey didn’t seem too thrilled about not getting a chance to team with Natalya at Elimination Chamber. Instead, she is the Raw Women’s Champion and has her own singles match booked against Ruby Riott.

While giving an interview on her YouTube channel, Rousey said there are inconsistencies in WWE’s booking. That won’t stop her from looking forward to challenging for the WWE Women’s Tag Team Titles down the line.

“There seems to be a lot of inconsistency in the selection, you know? Some of the people on Raw had to have matches to qualify for the tag team match at Elimination Chamber and then Sonya and Mandy just had to declare for it. I don’t understand how they can just declare, but we can’t just declare?”

Rousey asked her dog, “Who took our declarative rights away?” Before laughing it off and saying, “It is what it is.”

Ronda Rousey would have loved to have a chance to make history with Natalya, but it is not happening. However, Rousey did say that they are looking forward to challenging whoever wins at Elimination Chamber for their newly won titles.