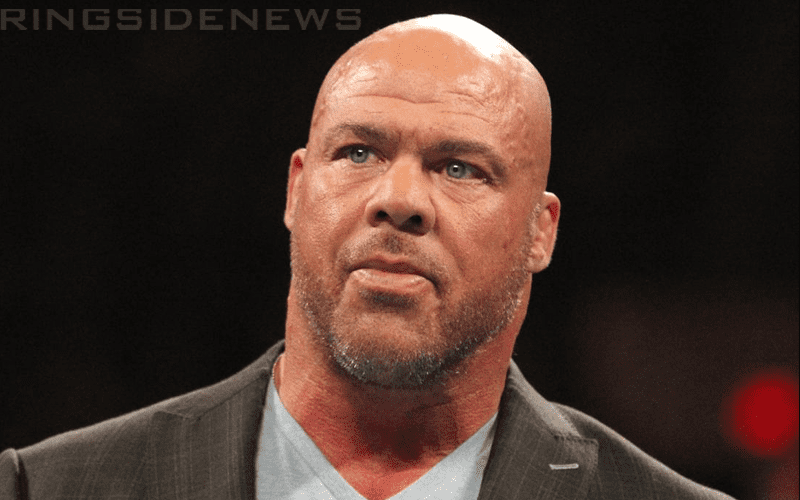 Brock Lesnar and Kurt Angle’s most notable war took place at WrestleMania 19 in Seattle Washington. Lesnar emerged as WWE Champion after nearly breaking his neck with a botched sunset flip. However, for Kurt Angle, his most intense wrestling match was against Lesnar, but it wasn’t on the grandest stage of them all.

During a recent Facebook Q&A, Angle was asked about the most intense match he ever had in the squared circle. His reply was the hour-long Iron Man Match he had against The Beast Incarnate. It was so memorable for Angle not only because of what went down in the but also because he lost his sister on the previous day.

“The iron man match with Brock Lesnar. It was intense… and so was Brock. Not to mention my sister passed away the night before. That match was 2 world class athletes going toe to toe for 60 mins. Intense.”

Kurt Angle lost the WWE Championship in that SmackDown encounter against Lesnar. He lost 5 falls to 4 after a low blow helped Lesnar steal the title. However, it wasn’t the title loss that stuck with Kurt Angle as much as what was going on in his own life during that period in his career.