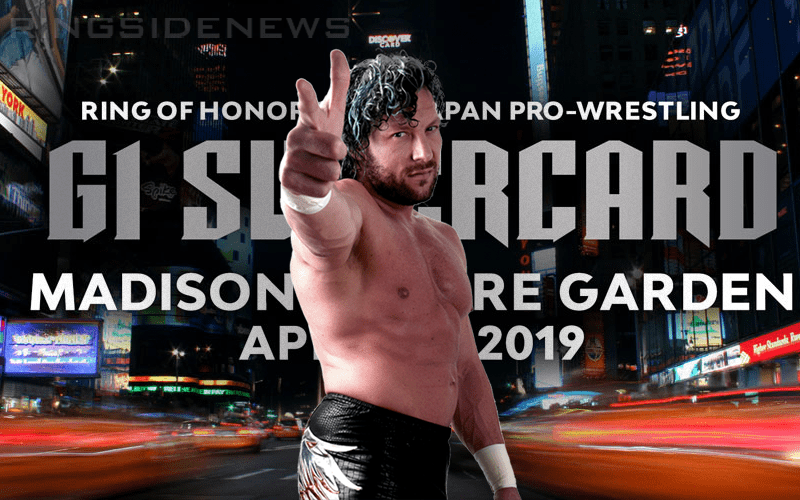 Kenny Omega appeared during the AEW Las Vegas Rally and it wasn’t too much of a shock. Plenty of fans thought that Omega was going to All Elite Wrestling. This was first reported by Cassidy Haynes of Bodyslam.net.

Kenny Omega revealed on Wrestling Observer Radio that the original plan for the ROH/NJPW G1 Supercard show would have seen a much different main event than what fans will actually get. However, he didn’t stick around for it so plans need to be changed.

The Cleaner revealed that the plan was for him to beat Tanahashi at Wrestle Kingdom and retain the IWGP Heavyweight Championship. This would have set up another match between Omega and Okada at Madison Square Garden.

The plan for the G1 Supershow was for Kenny Omega to drop the IWGP Heavyweight Championship to Kazuchika Okada in MSG. NJPW tried to get Omega to follow through with this plan, but it obviously did not happen that way.