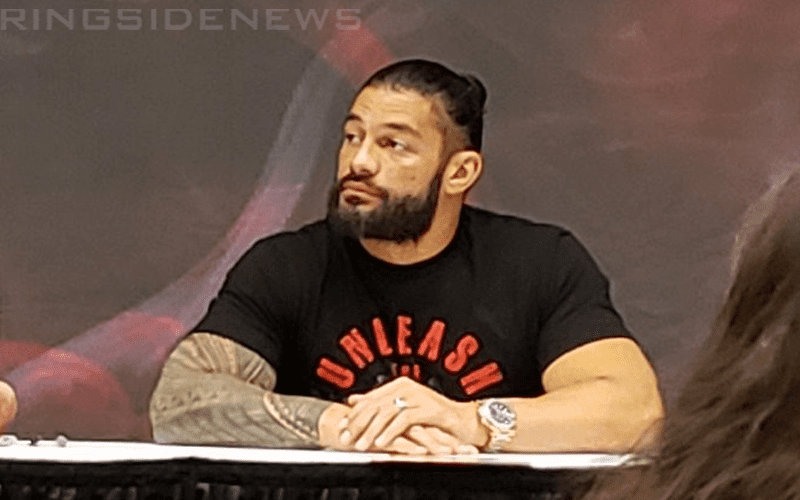 Roman Reigns is a very popular WWE Superstar and fans all over can’t wait for his return. Apparently, some fans were way too eager to meet The Big Dog at a recent appearance.

Reigns showed up at the World Of Wheels show and tons of people were there to see him. In fact, there were so many fans that people were eventually turned away. They might have needed to be more selective about who got to meet Roman too because a couple overzealous fans ruined it for everyone.

Reigns had his butt grabbed a couple of times and was kissed as well. This was nothing Roman Reigns asked for as he only agreed to a photo-op. However, certain fans took major liberties with the WWE Superstar.

Even The Undertaker has dealt with this problem in the past as he was unexpectedly kissed and the whole thing was caught on video.

Because of a few bad apples, it ruined the entire event for Reigns. Fans were no longer permitted to touch The Big Dog after that. He stayed on his side of the table and would smile for a picture or sign an autograph, but no touching was allowed.

This just goes to prove that some people have no concept of personal space, decency, or consequences.