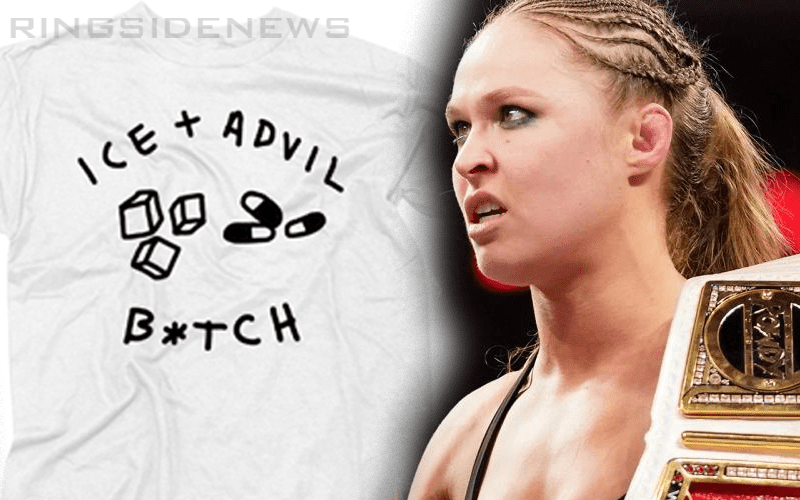 Ronda Rousey knows how to turn a phrase and she reportedly writes a majority of her own material on television. This is a rarity, but there is only one Baddest Woman On The Planet.

Rousey said “Ice and Advil, bitch,” on RAW last week which is a great little phrase. She has also said that she owns the ground under her feet. Maybe these phrases have popped on RAW up because Rousey knows how to market.

The RAW Women’s Champion is selling merchandise on her official website featuring some phrases she’s been using on WWE. You can check out some of those designs below. She actually has two “Ice and Advil, bitch” shirts.

WWE has their own Rousey merch, but she is obviously allowed to sell her own. In fact, WWE Superstars are generally permitted to do so as long as they don’t breach any WWE copyright. Since Ronda Rousey is her real name there is no problem with this.