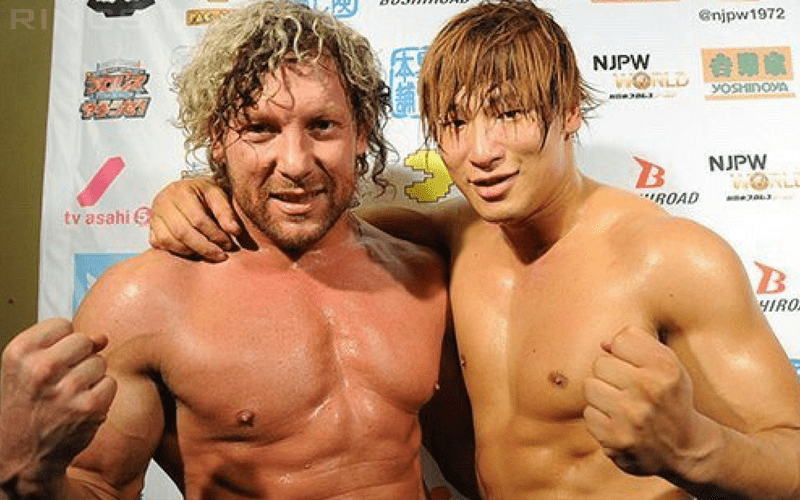 Kenny Omega’s last year in NJPW was exciting for long-time fans of his because they saw a return of the Golden Lovers tag team. Omega and Kota Ibushi are very close friends and it showed by how well they worked together. However, with Omega signing full-time with AEW it seems to separate him and Ibushi.

While speaking to Wrestling Observer Radio, Omega said that he would love to have Kota Ibushi join AEW in some respect. However, Ibushi is currently running a pro wrestling school in Japan which could prohibit him from coming to the United States on such a frequent basis.

“Absolutely — by all means, we would love to use Kota. I wish he was here all the time. He would be the perfect roommate if he liked America.”

“I’m probably going to relocate to America, as well. He actually has a wrestling school now. Yeah, he’s got a wrestling school in Japan. We’re going to be supportive of that. He has a couple commitments of that as of now. But again, door is wide open.”

The door seems to be open in a lot of respects when you’re talking about All Elite Wrestling. Omega is not only open to in his old friend, but to also work with WWE is they are game.