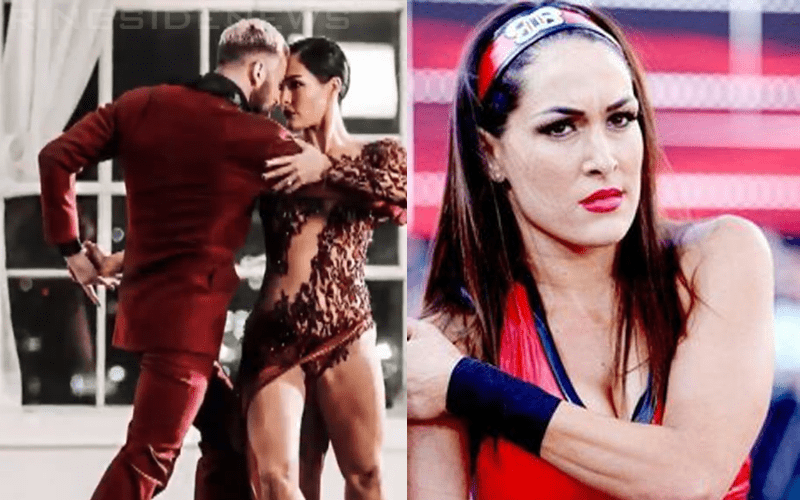 Nikki Bella is now a single woman and the newest season of Total Bellas is showing a side of her that fans haven’t seen before. There are rumors that she is dating her Dancing With The Stars partner Artem Chigvintsev, but that might be blown out of proportion.

Nikki said she loved how in shape she was during Dancing With The Stars and she wanted to dance with her mom. Therefore, she wanted to use Artem Chigvintsev to help put it together, but Brie wasn’t so on board. Nikki also wanted to be in DWTS shape for WWE Evolution.

Brie said she doesn’t know if Nikki should use Artem Chigvintsev because of the rumors it would cause. She had a problem with the fact that their chemistry was so “face-to-face” during DWTS. Nikki said she developed a huge passion for dancing and Artem Chigvintsev helped that immensely.

Nikki claims that she and Artem Chigvintsev are just good friends, but Brie warned against it. “Unfortunately, that’s just the position we’re in,” Brie said while advising her sister not to work with Artem Chigvintsev outside of the Dancing With The Stars show. She didn’t want the media to get the wrong idea, but Nikki obviously didn’t seem to mind.

We will have to see how this develops on Total Bellas, but the rumors are pretty strong that Nikki Bella and Artem Chigvintsev are more than friends right now.