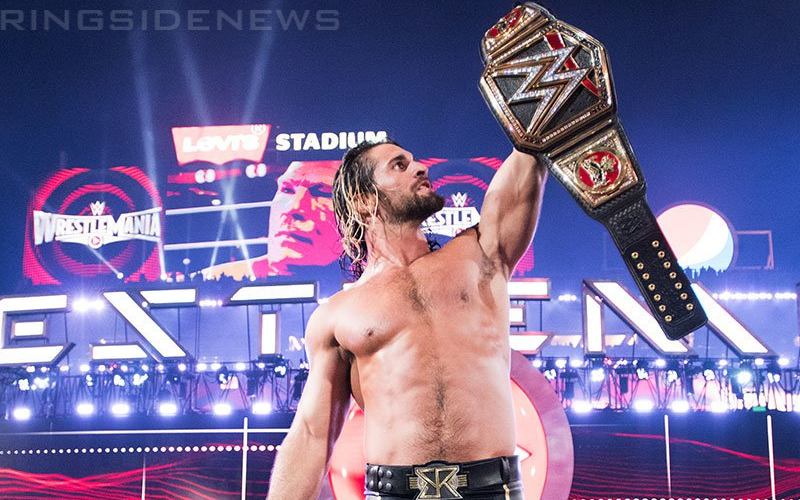 Seth Rollins recently spoke to E&C’s Pod Of Awesomeness about his journey through WWE. He wasn’t ready to break up The Shield, but it happened anyway. Then Rollins eventually became Mr. Money In The Bank, but there was no plan to cash it in.

Rollins said he pitched an idea to John Cena about cashing in the Money In The Bank briefcase during the WrestleMania main event match of Brock Lesnar vs Roman Reigns. Cena said he didn’t hate that idea and Rollins thought he would put in a good word for it.

Later on, the tides started to change for Roman Reigns and the fans rejected his push. Rollins said he could feel this coming which was a great reason to call an audible on the WrestleMania 31 main event match.

“The crowd were doing what they were doing with Roman and I just saw this — felt this thing, this energy. I saw it coming. I knew they were gonna kinda take a dump on him when he won the Rumble and they did and I remember the next day and again having the conversation with Hunter again because I had pitched the idea near the end of the year before.”

“I just wanted to remind him that I had his idea on the table and I think it’s a pretty good one. Even if it’s not the idea it could easily be a contingency plan if the main event of WrestleMania doesn’t go together how you see it. So even in the back of your head… yeah I pitched the idea and I strongly felt like it was a good one and I felt like I was the guy and again I went up to them and said ‘I want the ball,’ you know?”

Seth Rollins’ plan did work out because it was what happened to conclude WrestleMania 31. Fans didn’t want to see the main event match and they were not ready for Roman Reigns to be a babyface. They would boo any outcome that didn’t include Reigns’ defeat.

Rollins’ Money In The Bank cash-in was a closely guarded secret. , the surprise of Seth Rollins winning the title popped the crowd in a big way because nobody saw it coming.