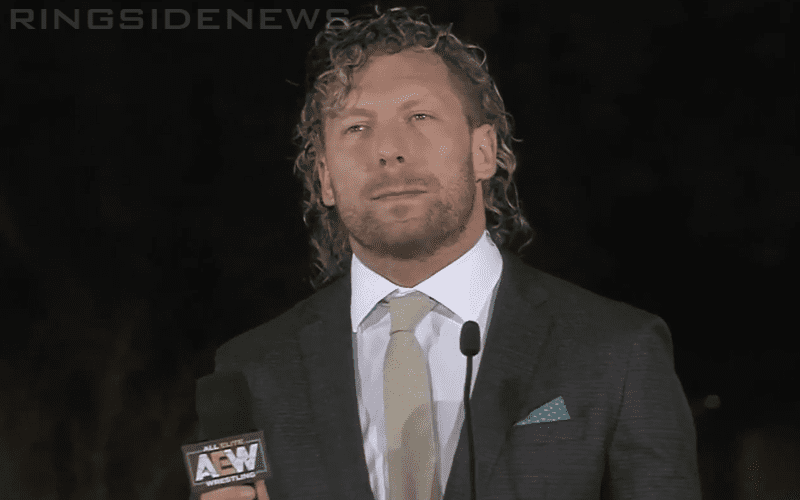 Kenny Omega decided to join his friends at All Elite Wrestling over WWE and NJPW. He received a fantastic offer from WWE, but he turned it down. Omega almost re-signed with NJPW, but AEW was too good of an offer to pass up.

As Omega spoke to Wrestling Observer Radio, he explained the specifics of his contract with AEW. He didn’t disclose any monetary amount, but he did describe what his new position will entail and how long he is locked in.

“I remember signing my first contract with New Japan and I was nervous because it was like wow, a 22-year contract. That’s a lot of time. A lot can change.”

“Now with AEW I’m signing for 4 years and I never — it just felt natural. I didn’t feel nervous. It is a large contract for me. The largest one that I’ve signed, but I didn’t feel like I was making the wrong choice and it was cool to feel that way.”

“The cool part is like with the contract — it leaves me very open for a ton of crossover potential which is always the most important thing for me because I don’t necessarily want to be remembered for what I do in the ring.”

Kenny Omega is locked into his AEW contract for the next four years, but that doesn’t mean he will only be wrestling. He now has the freedom to perform in any number of other areas outside the ring.

AEW is open to forming partnerships in every facet of the pro wrestling world including WWE. You never know if Omega’s aspirations will pay off and how high his stock will skyrocket once he is on television every week.