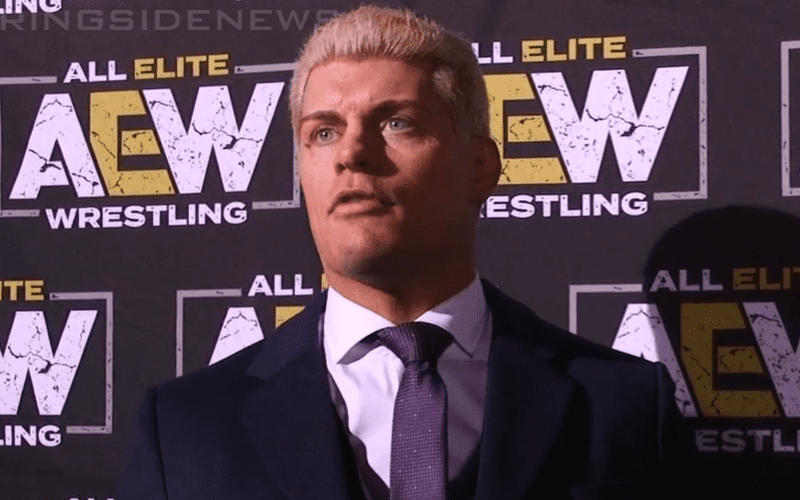 Cody Rhodes might have tried to be political about this question before, but after the adrenaline from AEW’s second big rally was coursing through his system, there was little holding back The American Nightmare.

While speaking to Pro Wrestling Sheet, Cody said that he does think about going after WWE a lot. He said the story is a romantic one with Dusty Rhodes’ youngest son coming back to avenge his father, but that might not be 100% the case because he has people who can pull him back.

“Listen, it sounds super romantic when you think about it. Dusty Rhodes competed with Vince McMahon and he lost. Here is his youngest son who’s gonna go try and cut Vince’s head off — it sounds super ‘Game Of Thrones.’ So in the back of my mind when it’s just me I think about it a lot, but again I have these guys with me who have different visions.”

“You can’t turn the clock back on old wrestling. WCW was what it was and it was freakin’ awesome. What AEW’s gonna be is a whole separate animal.”

Cody went on to thank the fact that he has other Co-Vice Presidents who can help dial him back. They do still plan on using elements from an older programming style that is certainly an alternative to WWE.

We will just have to wait and see what television network they land on. Because The Wrestling Observer Newsletter said they will have the best non-WWE television deal since WCW and the network they are speaking to is bigger than Spike TV.