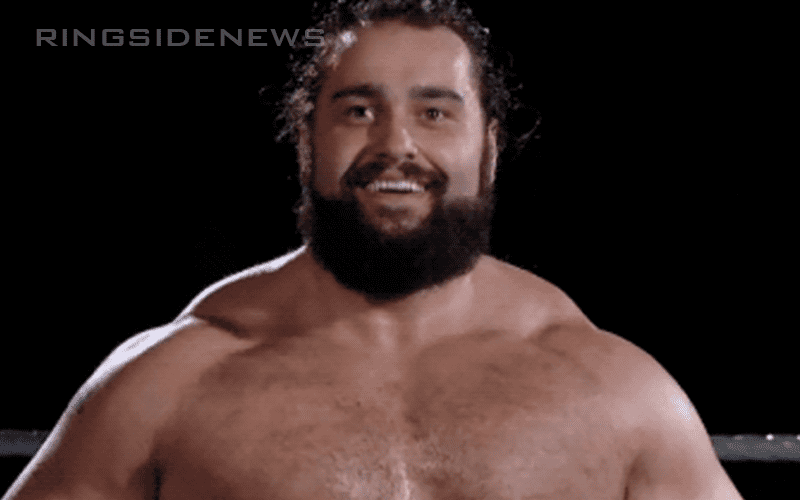 If there’s one thing that you can guarantee with Rusev on social media, it’s that he’s going to make some noise one way or another.

The Bulgarian Brute has made a habit of ruffling feathers over the course of the last year or so, to the point where many fans have been frantically getting behind him in the hope of seeing him get another big push. Alas, that hasn’t quite been the case, and despite Rusev Day being on the horizon, it doesn’t seem as if WWE has any major plans for him moving forward.

Still, he’s got his Twitter platform where he can continue to voice his thoughts and opinions for the world to see – and as it turns out, he seems to be quite the basketball fan.

The list of ‘celebrities’ that will take part in this year’s game certainly hasn’t been blowing fans away, and given how popular WWE is, you’d think that someone like Rusev could draw in a lot of fans to the game.

Some may suggest that it isn’t about the ratings, but let’s face it, that’s the main source of motivation for the majority of sports these days.

Rusev appears to be set to team up with Shinsuke Nakamura in a brand new heel team, despite the fact that many members of the WWE Universe wanted to see him continue on as a babyface. Either way, regardless of how successful the team may or may not be, the next few months are going to be very interesting for RuRu.