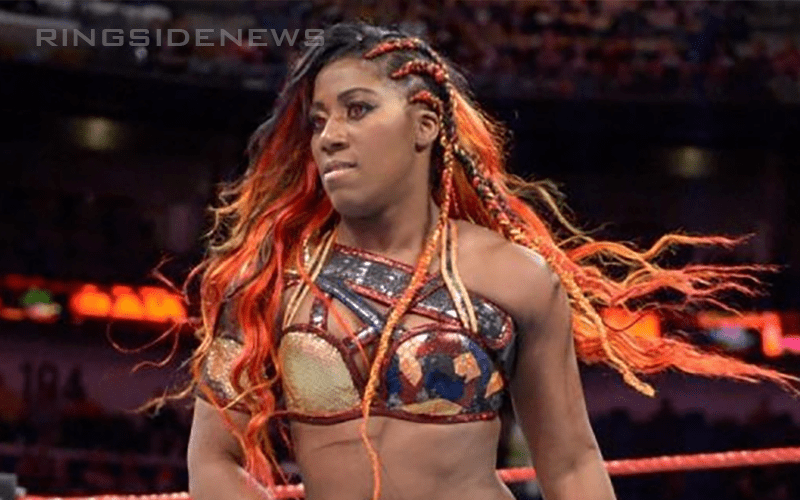 Ember Moon is currently out of action, but WWE was positioning her for a good spot on the card before that happened. Now fans won’t be seeing Ember or her famous colorful hair for a while.

While speaking to Chris Van Vliet, Ember Moon described her hair-dying process as sad. She does it herself, but it’s not her real hair. Instead, she has extensions which need to be carefully dyed. Thankfully, she has the perfect room for such a task.

“So I make it myself. Yeah, so I dye it myself. I buy tons of hair extensions, literally sit in a sad room with the television and sometimes an alcoholic beverage and I sit there for literally six hours a day just painting hairs. So this is the end result.”

“Well, it’s like my restroom so it’s kinda sad because I can’t do it anywhere else because everywhere else is carpet because if dye gets on then you’re upset. So it’s just small confines and hair dying.”

There is a lot to take in from that little piece of information. Not only does Ember Moon do all of that work herself, but she has a television in her bathroom and sometimes drinking makes the job easier. Good for her.

Hopefully, she will be able to recover from her injury soon. She actually worked the Royal Rumble with an elbow injury. She needed immediate surgery and will be out of action for a while. Therefore, she is likely going to have plenty of time to paint more extensions in her sad little bathroom with a television.