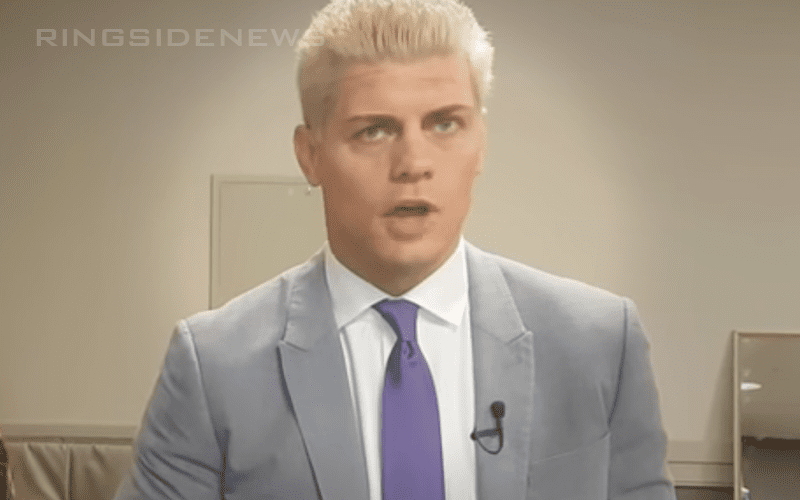 ALL IN was a hot ticket. Not only did a ton of wrestling fans want to sell out the Sears Centre just to prove Dave Meltzer wrong, but that event was also the birth of AEW and Double Or Nothing.

Because once you go ALL IN the next step is Double Or Nothing.

AEW has a big rally in Las Vegas tonight so if you want to know what happens, just check back to Ringside News and we’ll have all of the important details.

Cody Rhodes recently spoke to the Ross Report about Double Or Nothing. Even though they are set up just over 14,000 seats, the goal isn’t that lofty this time around.

“We want to be honest about our tickets from day one. It’s easy in this day and age for people just to look it up, or just to talk to the fire marshal. You can’t really say we had 100,000 people in the building anymore unless you have.”

“Some folks might know, some seats might become available. If we had a camera there, then we kill that camera, that might open up a few hundred seats.”

Las Vegas might be a tougher sell for some people. It is a much more expensive place to vacation than Chicago. However, as they joked about on Being The Elite, even if they sell 14,000 seats they’ll still say it was over 20,000 sold because everyone lies about attendance figures in pro wrestling.