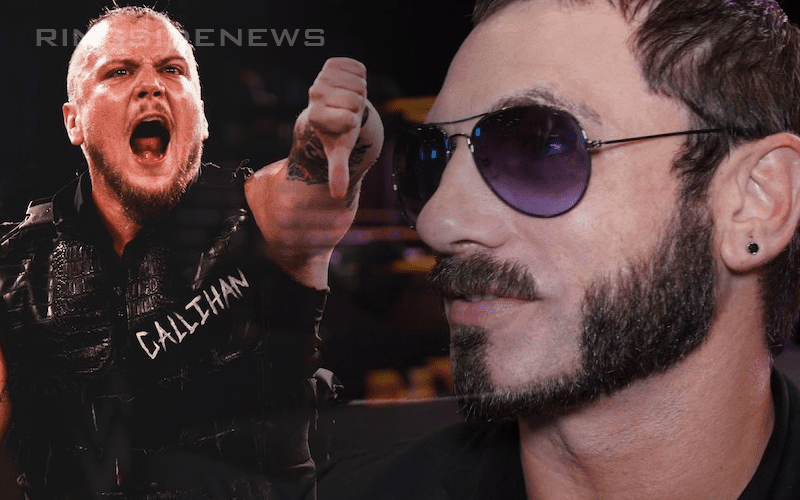 Austin Aries is on a roll. He and Sami Callihan exchanged some pretty intense words recently where they both called each other out in a non-kayfabe way.

A Double wasn’t done there because one fan pointed out that both Aries and Callihan are shorter wrestlers. Then Austin Aries had a biting reply.

“And one is so outta shape that he has to wrestle with his shirt on… and that’s a real #shame, Papaya.”

This was a pretty big shot to fire from A Double, no pun intended. He went on to further the conversation with Callihan as he commented on Sami’s remark about Austin taking his ball and going home.

“The ‘take your ball and go home’ think is fascinating.

I mean it is MY f*cking ball, I’ve worked hard to OWN MY BALL and EARNED THE RIGHT to take it away from places and people that don’t PLAY THE RIGHT WAY. Pretty simple. If you don’t get that, you likely don’t own your balls.’

You never know if this is kayfabe or a shoot nowadays. Impact Wrestling is teasing a big return from a former World Champion for April and Austin Aries certainly fits that bill.