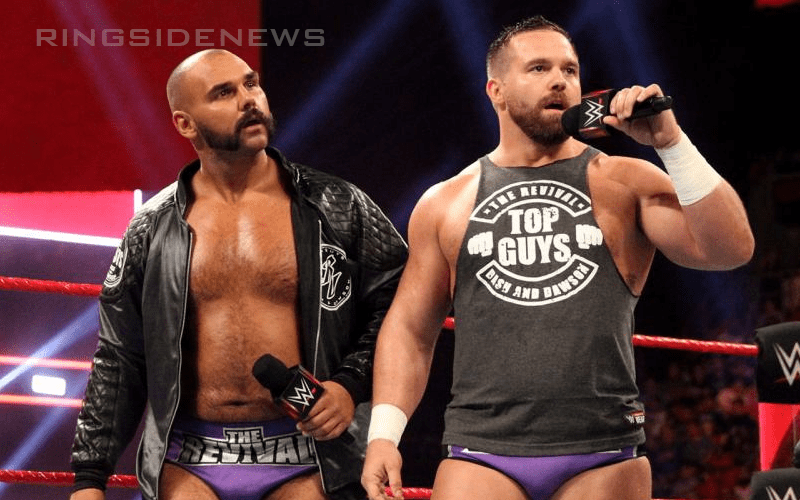 WWE is putting more of a focus on their tag team division. This is a pretty good idea and was done as a measure to combat AEW’s strategy to do the same.

The Revival was made a promise that WWE would make them a focal point of their revamped tag team division. Around the same time, WWE started really enforcing tag team rules during matches. This was actually a set of rules that they have needed to follow for a while, but WWE is starting to really enforce them now.

To clear these “new” rules up, Dash Wilder of The Revival explained things.

But illegal can’t just come in and punch the legal.”

Scott Dawson had to add a couple of finer points.

…and don’t even get us started on a legal, physical tag!

•Both feet on the APRON. (Not the bottom rope)
•Tag your partner from the WAIST UP. (Not the foot)
•Hold the damn tag rope!

It’s really that simple. We will just have to wait and see how long WWE will keep up the enforcement of these rules.