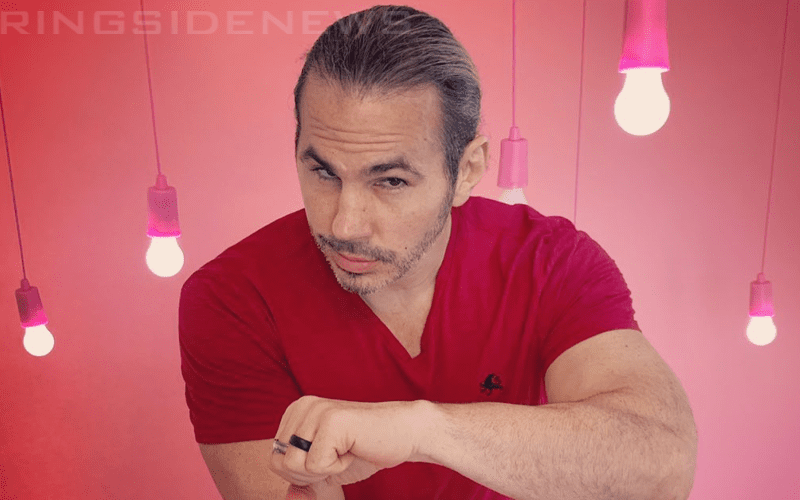 Matt Hardy hasn’t wrestled since he was knocked out of action due to discovering a crazy injury he had incurred. Since then, Hardy has focused on his health and worked for WWE as he was needed in a backstage capacity. He seems to be all better now.

The Hardys’ contracts will be running up in April with another year option if WWE wants to extend their relationship. There doesn’t seem to be a reason to let Matt and Jeff Hardy go because Jeff is still performing at a high level. Matt is also apparently waiting too and WWE doesn’t want either man ending up in AEW.

Matt Hardy posted a picture while on top of a ladder. “Ready and waiting,” he said while looking at his invisible watch.

You never know when WWE could bring Matt Hardy back to action. He claims to be cleared and at his lightest weird ever.