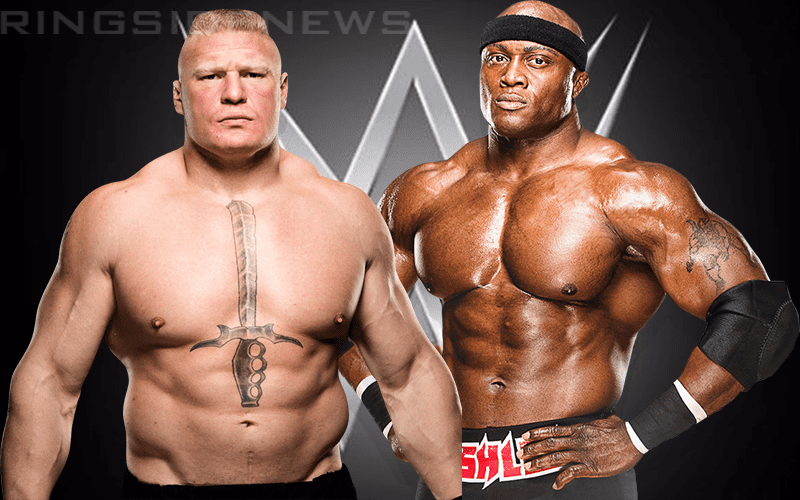 Bobby Lashley came out on RAW this week to talk some smack to Finn Balor. He said that Finn couldn’t beat Brock Lesnar at the Royal Rumble and then he proceeded to talk about how much better he is than Lesnar in every way. Therefore, Balor doesn’t stand a chance against him.

Dave Meltzer was asked about this curious wording during Wrestling Observer Radio. Apparently, in spite of the challenge that Lashley seems to be laying down to Lesnar WWE has no plans of paying this one off.

“There are no plans for it the last I heard.”

It was noted “that’s just the direction they want to take it,” with Bobby Lashley.

So if Lashley continues to crow about how much better he is than Brock Lesnar, don’t put too much weight on it. After all, WWE writes a lot of things on television that they weave into verbiage and nothing ends up coming from it.