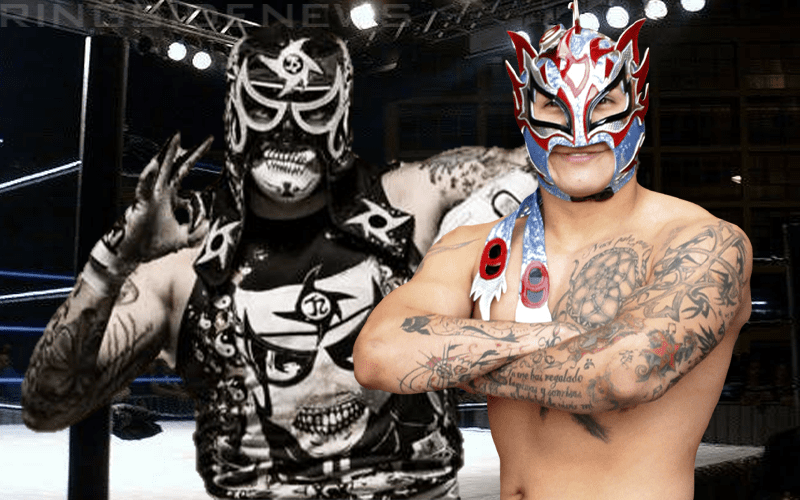 Pentagon Jr. and Fenix are a very popular topic of conversation right now. The Young Bucks offered them se AEW deals and they shook on it. However, neither talented luchador will be able to sign an actual contract due to being held hostage by Lucha Underground. This causes them to make far less money than they could be otherwise be bringing in.

Dave Meltzer discussed The Lucha Bros’ MLW Tag Team Title loss to The New Hart Foundation during Wrestling Observer Radio. The match had a great finish, but they encountered some problems getting there. Pentagon Jr and Fenix could have also caused some backstage heat by doing one particular spot that they were asked not to do.

“There was tension coming in because they were asked not to do something and they decided that they wanted to do it anyway and the other guys thought that it was sorta unprofessional. That’s sorta where it starts and then they had other issues in the match. Then they decided to trade Canadian Destroyers until they both died.”

Pentagon Jr and Fenix dropping the MLW Tag Team Titles has been the plan since September so losing the championships had nothing to do with their performance. This didn’t change the fact that apparently, Pentagon and Fenix rubbed some people the wrong way backstage and in the ring due to some communication issues.