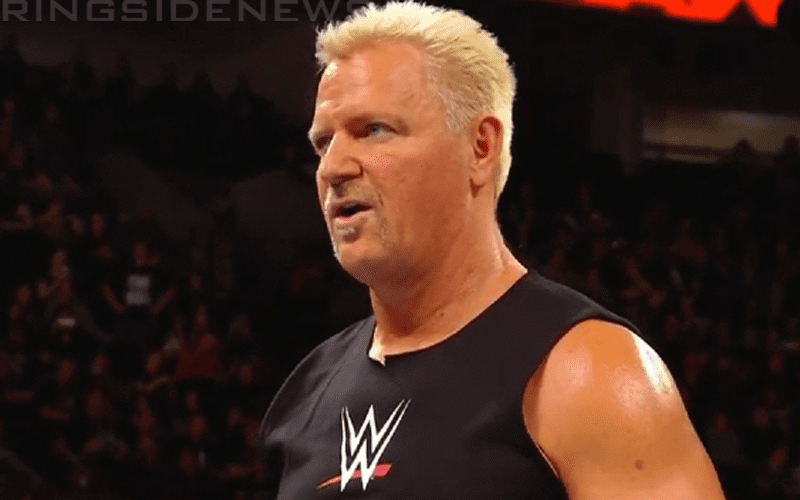 Jeff Jarrett is a WWE Hall Of Famer and he spent a lot of time in the ring to earn that title. Jarrett just hasn’t wrestled for WWE in nearly two decades. He recently signed a new WWE contract which means that he is now on-screen as well as backstage.

Double J competed on RAW last night to take on Elias. Not many people realize this, but Jeff actually made WWE history last night.

Jeff Jarrett now owns the record for having the longest gap ever in between WWE matches. The old record was held by Zeb Colter at just over 16 years. Then Double J stepped in the ring to blow that record out of the water with just over 19 years.

You never know who could break this record, but maybe it might take that long for CM Punk to come back so there’s always a possibility that someone will eventually break Double J’s impressive record.