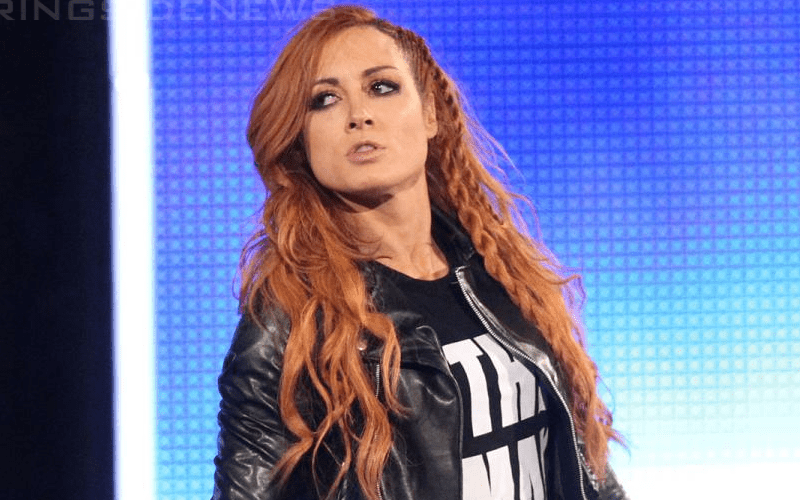 Becky Lynch took a real beating at the Royal Rumble and tapped out to Asuka for good reason. Now The Man is injured, but don’t believe anyone passing this off as the genuine article.

Bryan Alvarez explained on Wrestling Observer Live that WWE is going all out on the Becky Lynch injury angle. In fact, they are willing to falsely promote her in the process only to have her pull out of events because of the story.

“So they’re going far enough with this that she’s actually not working house shows. Which by the way, she is very popular. I mean I’m not going to get into the argument here about how she’s not as popular as people want her to be based on business, but if you if you did buy a ticket to see Becky Lynch at a house show this weekend and she’s not on the shows because they’re doing a fake knee injury on her to play into WrestleMania boy would I be mad, but that’s what they’re doing.”

Becky Lynch isn’t really injured. That won’t stop WWE from writing a storyline around the idea. It could be possible that Stephanie McMahon will address this tonight on RAW. After all, you never know what will happen in WWE because fans at the Canadian house shows this weekend expected to see Becky Lynch.