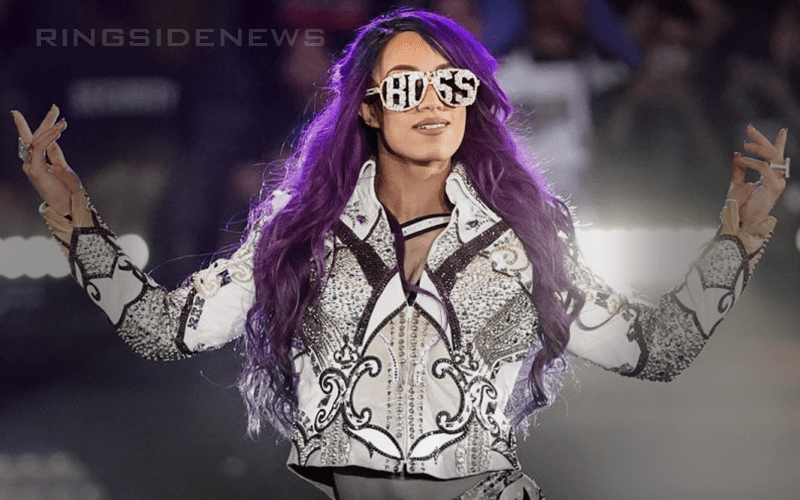 Sasha Banks didn’t win the RAW Women’s Title at the Royal Rumble pay-per-view, but she gave it everything she had. Banks also apparently suffered an injury during that match in Chase Field which caused WWE to switch up their plans for the next night on RAW.

Dave Meltzer discussed during Wrestling Observer Radio that the plan was for the Boss n Hug Connection to qualify for their Elimination Chamber match last week. However, due to Banks’ injury they needed to postpone that match to this week.

“Sasha Banks and Bayley were supposed to do that qualifying match last Monday and I guess they didn’t do it. So that’s why it’s this Monday because she probably wasn’t cleared.”

Hopefully, Sasha Banks will get cleared to make a full return to the ring. Her and Bayley seem to be earmarked to become WWE Women’s Tag Team Champions, but Sasha needs to be cleared before WWE can put them into a match inside the unforgiving Chamber.