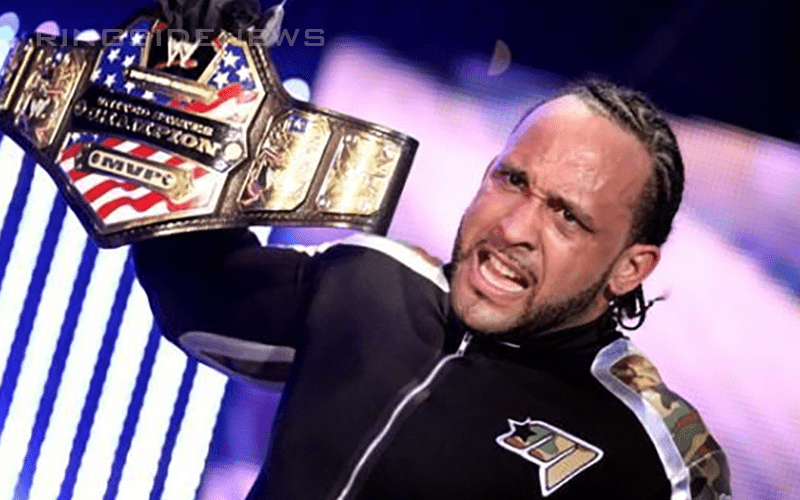 The WWE United States Title has a lot of history attached to it. Rusev recently unloaded about how the title is likely going to be forgotten in WWE. Still, others hold onto the memories that title brings them.

MVP recently responded to a post from PW Magazine, a partner of Ringside News which asked who the greatest US Champion is. He said that the greatest champion is debatable, but it still means a lot to him that he was a part of the United States Title’s history.

“The ‘greatest’ will always be debatable. But when people tell me that MVP is their favorite US Champion, that means a lot to me. I’m glad to be in the history books!”

MVP was a pretty great United States Champion and he made the title his own. Unfortunately, WWE might have stopped placing such a focus on it. You never know if R-Truth’s new gimmick of dancing outside of his car while wearing the strap will bring it a fresh start.