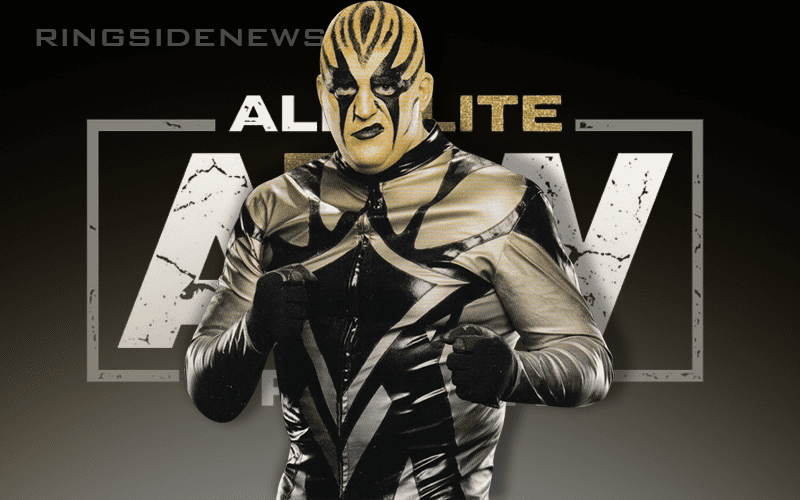 Goldust is currently recovering from double knee surgery, but his brother Cody is starting his own pro wrestling company. Their father Dusty Rhodes did the same, but AEW promises to be something major that could approach WCW level television competition.

Sport Illustrated recently had a chance to speak to Goldust. He opened up about his career and then AEW came up in the conversation.

“ and Cody talk a lot, and I was on a movie set for a horror film that I’m doing, and we were texting about that AEW rally in Jacksonville,” said Rhodes. “The pyro alone was spectacular. They’re doing it really professionally, from the heads of the company to their big talent to the newer stars. I’m very curious to see what Cody and the Young Bucks can do with All Elite Wrestling.”

“I hope this really takes and becomes something formidable. You need places to go and work, competition is great and it is the best thing that can happen for WWE.”

“I am very proud of Cody, and I know Dad would be so proud and happy for Cody. He has a great mind for the business, he’s done so much already, but he’s paid attention and learned from mistakes. He’s fought for what he has, and his work in AEW will show that.”

Goldust is still under WWE contract so he can’t join his brother in AEW. You never know if Goldy could find his way back to his brother eventually. At 49-years-old, the Goldust character has seen a lot. Dustin Runnels has seen even more. He wishes the best for his brother Cody as he continues to root him on for the sake of the entire pro wrestling business.