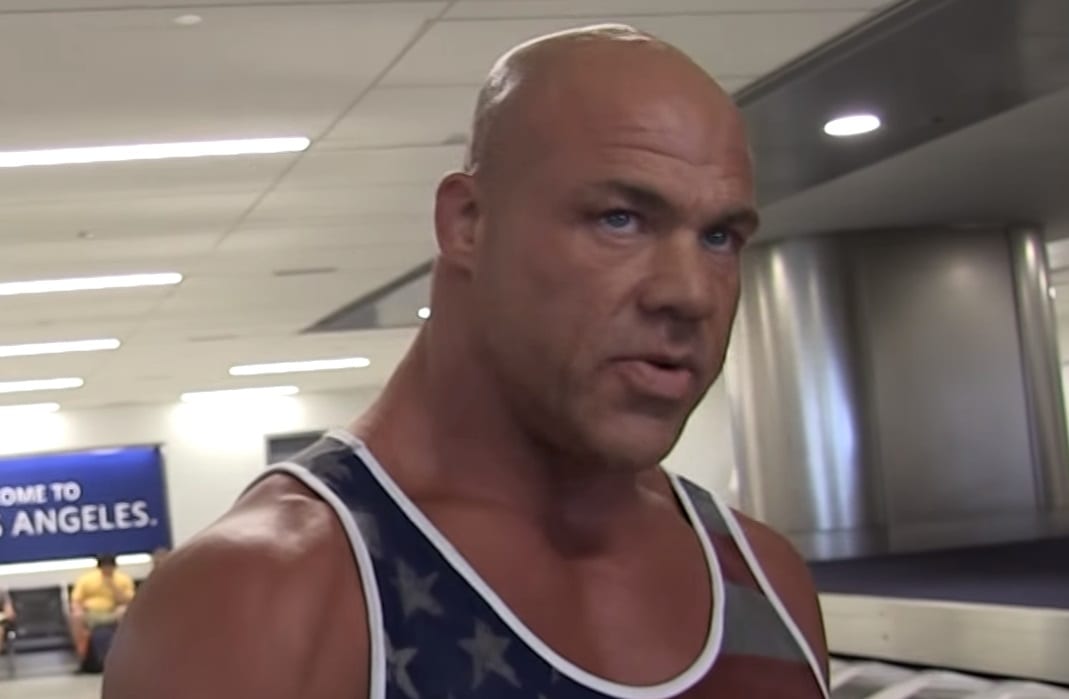 Kurt Angle is a WWE Hall Of Famer and he has plenty of knowledge on the business. He has not only seen a lot of angles during his time, but he also saw a lot of ideas come and go in WWE.

During Angle’s last run with the company over a decade ago it wasn’t unheard of for a female to take a bump or even a punch from a male if she had it coming in the storyline. However, during a recent Facebook Q&A it seems like he has changed his mind slightly about this idea.

“As long as a male doesn’t physically punch or kick a female. If it’s just wrestling then it can work. I love it.”

Kurt Angle is set to make a big announcement on RAW this week. We will have to wait and see what he is going to saw. WWE doesn’t seem to have much for him to do anymore, but you can never say never in pro wrestling.