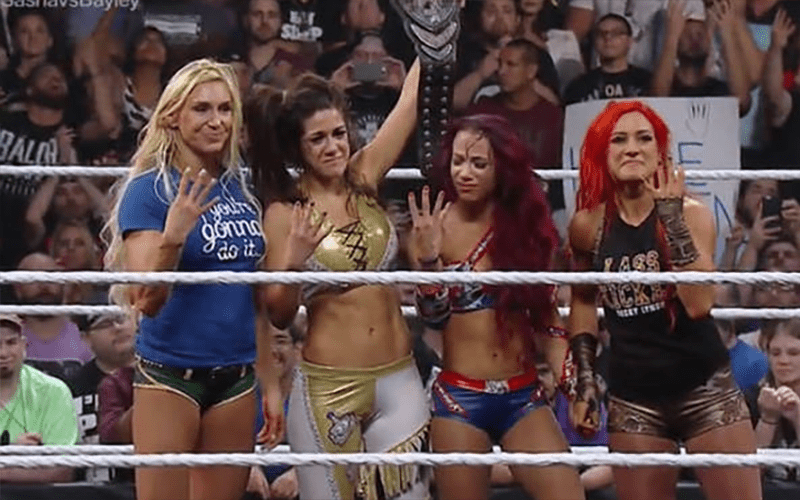 WWE has a lot of interesting matches that they could book in the next couple of months. Putting the 4 Horsewomen vs 4 Horsewomen match together could be a great idea.

Although it’s uncertain exactly what WWE has planned, Dave Meltzer said on Wrestling Observer Radio that everyone who would be involved in that match is pulling for it to happen. The biggest problem is that Becky Lynch and Charlotte Flair are not getting along at all right now.

“I know the women want to do the 4 Horsewomen match, they all do. That will be difficult because Charlotte and Becky Lynch look like they’re having a singles match on that pay-per-view, they could do that for Fastlane, yeah. They could.”

“Then that angle makes no sense if you’re going to have team, the angle they did on SmackDown this week.”

WWE has all 8 Horsewomen on their payroll so they can make that match happen pretty much any time they wish. It might be a good idea to do it sooner than later because if Rousey wants to leave then it might be hard to book.