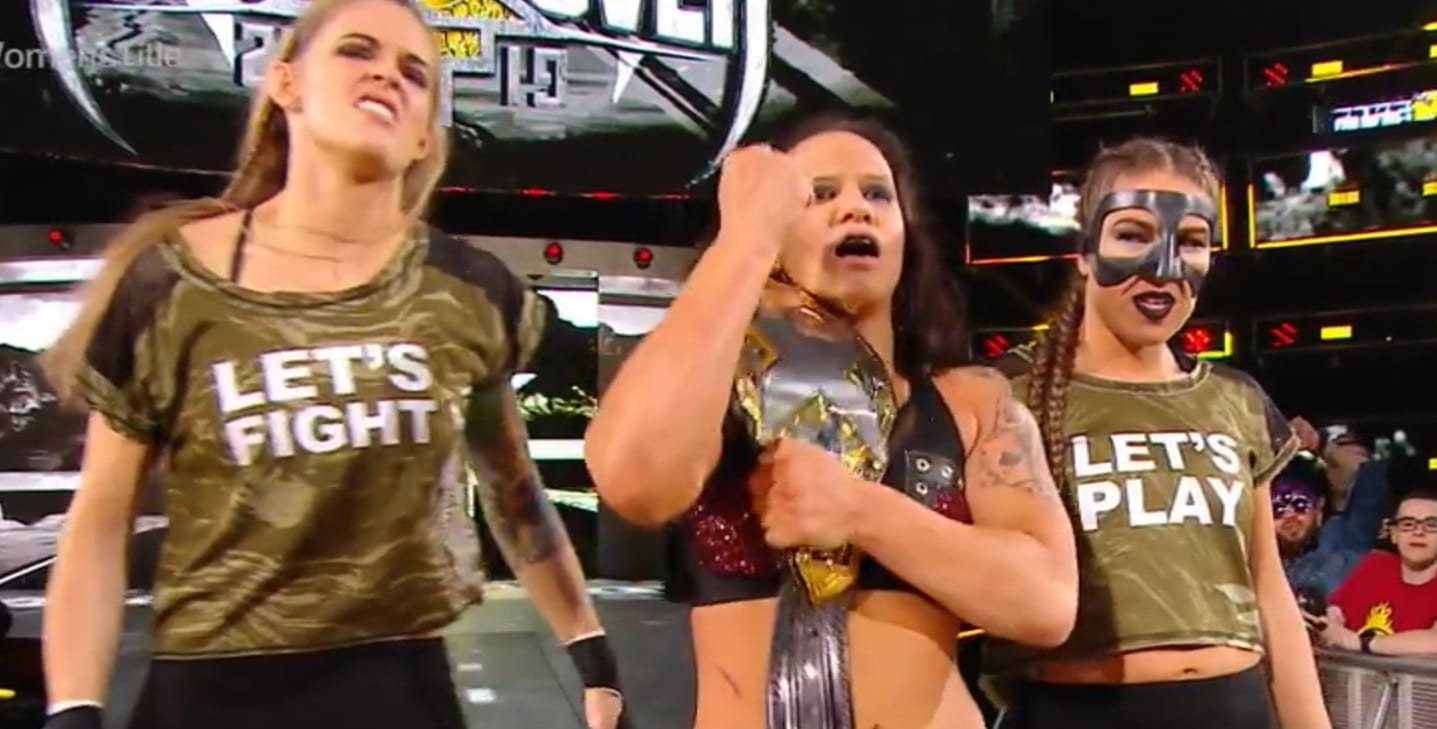 NXT TakeOver: Phoenix featured plenty of noteworthy spots. So people might have glossed over the fact that when Marina Shafir and Jessamyn Duke came out to assist Shayna Baszler that Marina was rocking a protective face mask.

It’s actually a good look for her and makes her look really tough. It is needed right now though because it was revealed that she broke her nose.

It’s not the kind of thing that will keep her from action obviously. Plenty of people have wrestled with face masks on before including Cody Rhodes and The Undertaker. So Marina Shafir is in good company.

If you were wondering if there is anything wrong with one of the 4 Horsewomen, she’ll be okay, but she needs to protect that nose for a bit.