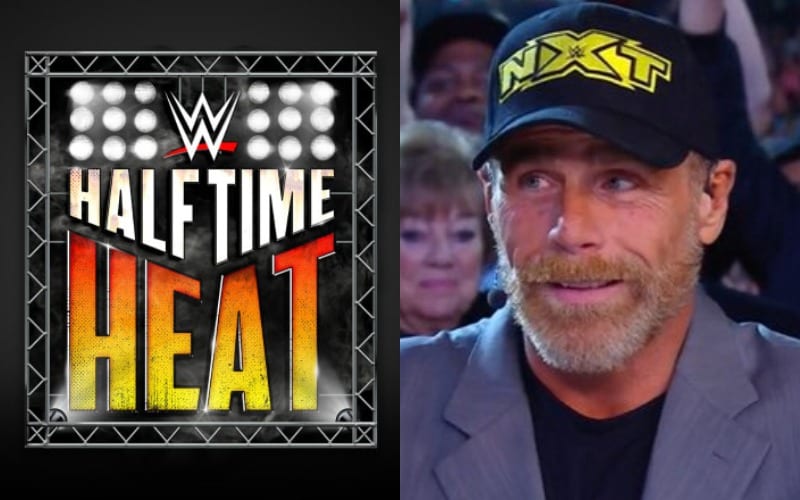 WWE is doing another Halftime Heat this year. We can only assume that someone in the company has a problem with Maroon 5. They started a big altercation after NXT TakeOver: Phoenix and now the will pay it off during this Sunday’s Super Bowl game.

The halftime show will be live from the WWE Performance Center in front of a select audience because they need to be careful who they let on the property.

Jeremy Borash announced today via Twitter that Vic Joseph and WWE Hall Of Famer Shawn Michaels will be on commentary during this event. It’s been a long time since we heard HBK on commentary and seeing how much he works with everyone in the match this could be great.

You can tune into WWE Halftime Heat during the halftime of the Super Bowl this Sunday. There is no official start time for the show because it will just start whenever the game’s second quarter ends. Either way, it won’t be hard to find because WWE is streaming it all over their social media and the “award-winning” WWE Network.