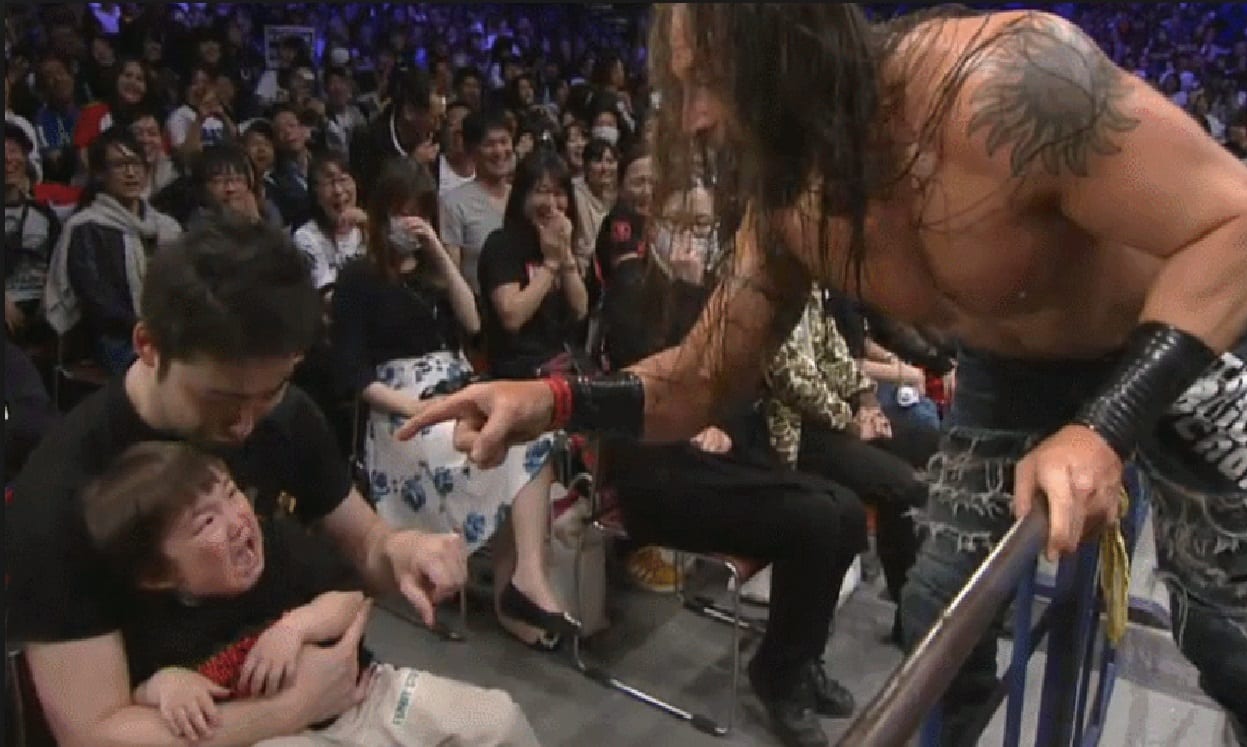 If you’re a fan of NJPW then you’re aware of the fact that Lance Archer (or Hoyt) used to do a gimmick re he went to the ring and just spit bottles of water on people. This was a lot of fun while it lasted, but not allowed anymore.

While enjoying some pineapple on pizza with Ryan Satin, Archer told a story about how incredibly over this water spitting gimmick got. Then someone complained and shut it down, but at least he had a father offer his child for Archer to spit on.

“That’s been vetoed by the way by New Japan. A small portion of the New Japan audience [complained], but a majority of them loved it to the point where […] I would go through the audience and do the water spraying and spitting and throwing and all that stuff. People were now holding signed in Japan in English saying, ‘Water Please.'”

“I came around a corner one time and an adult father had his child I don’t know maybe one and a half, two-years-old hold him up waiting for me to come around the corner and spray the child to which my small conscious kicked in and and just went, ‘Nope’ and went around the child. And he was disappointed

It makes a lot of sense that someone wouldn’t want to get spit on if they didn’t plan on getting wet. Lance Archer’s water spraying gimmick was well-known enough that you’d think people would have come prepared. If anything, at least Archer had a father offer his child as a target even if Lance decided it wasn’t the best idea.

You can check out the video below at around the 2:30 mark to see the kind of entrance Archer is no longer allowed to do.