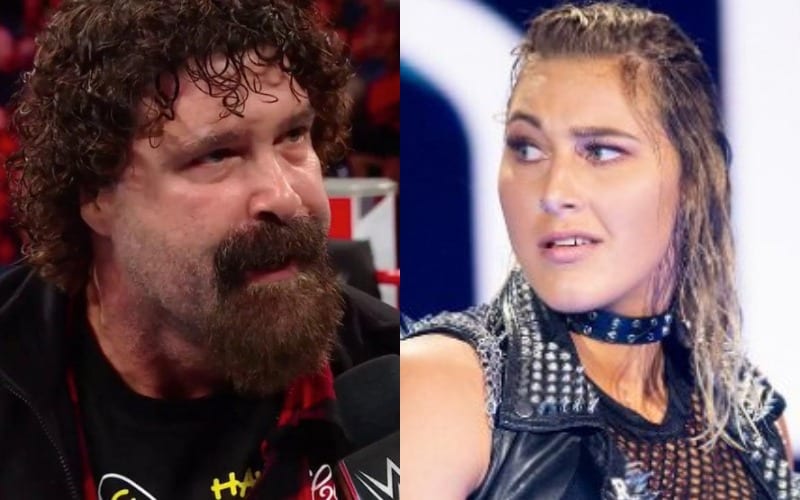 Mick Foley has seen plenty of people come and go in the pro wrestling business. His mind is still very much geared toward pro wrestling, but even Mrs. Foley’s Baby Boy messes up every now and then.

Foley recently send out a tweet about former NXT UK Women’s Champion Rhea Ripley. He said that she’s not quite ready for a main roster title push, and he would later regret that tweet.

“Well, actually @RheaRipley_WWE is a future @WWE champion IF she adjusts her attitude a wee bit.”

Foley recanted his statement in a big way when with a follow-up message not an hour later. We wonder what made him change his tune.

“@RheaRipley_WWE – let me put to rest the rumor (started by me an hour ago) that you need to adjust your attitude a wee bit. In truth, I hear AMAZING things about your attitude. I see you as a future @WWE #RAW or #SDLive champion and a MAJOR player for years to come.”

Ripley saw this change in Foley’s mindset and she had no remorse. Instead, she ripped into the WWE Hall Of Famer calling him an old man and further cementing her spot in WWE as a vicious heel.

“That’s right, get back in your lane old man… Your days have passed, I am the now and the future. So you can just sit there in your trackies and your flannel shirts and admire my work.”

This did not turn out the way Mick Foley had intended in the slightest. Better luck next time, Mickers.