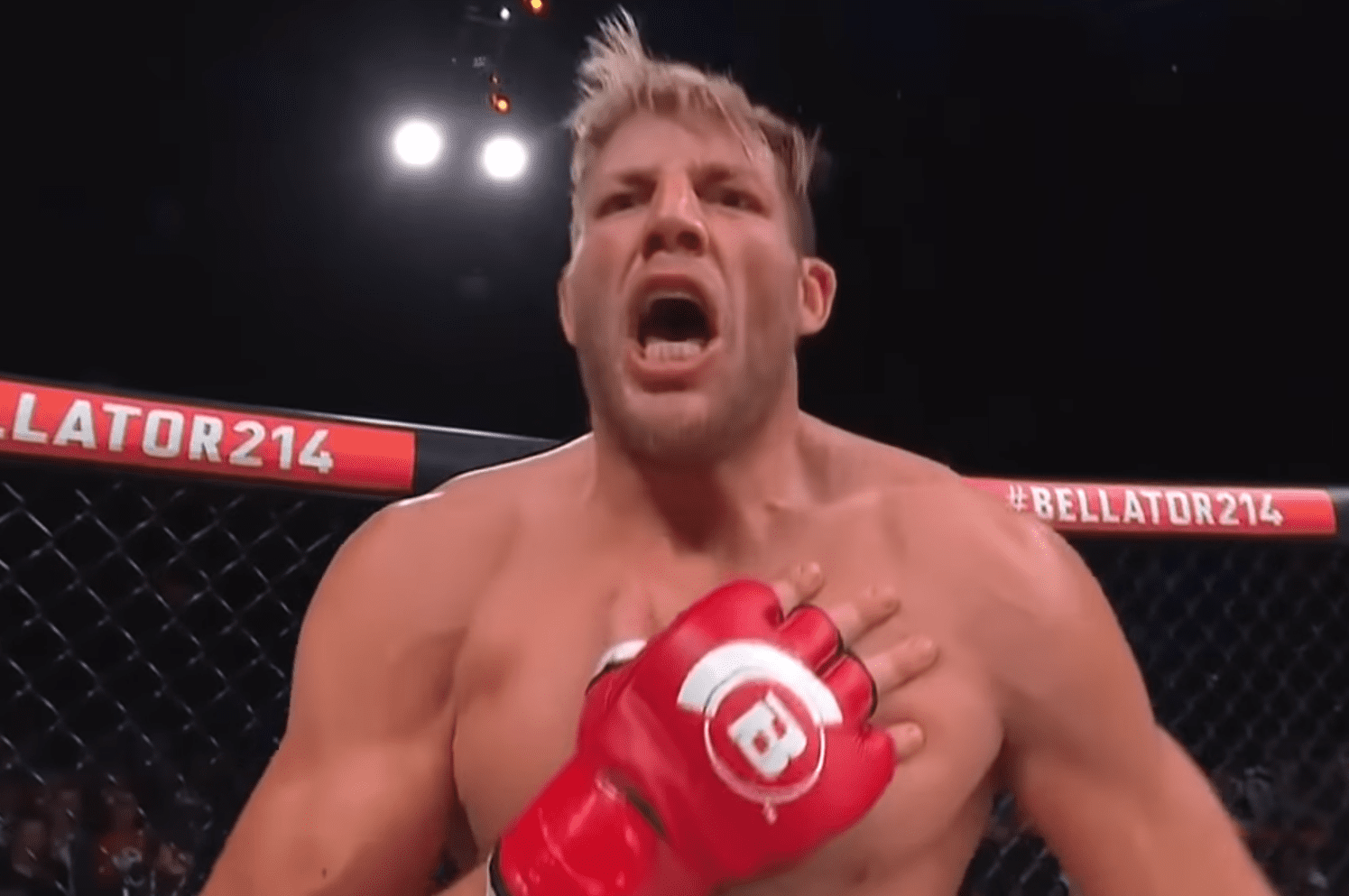 Jack Swagger’s first fight in Bellator resulted in a first-round submission win and he received a lot of love from his friends in WWE afterward. R-Truth even accomponied him to the cage.

It was said that a deal had to have been reached for Bellator to get permission to use WWE clips in their video packages for Swagger, but the Real American American revealed to Ariel Helwani’s MMA Show that there was no need to get permission for his catchphrase because We The People is under public domain.

“No permission. We The People is public domain, any American can use that. I wanted to embrace my past. I feel like I was more known as Jack Swagger, so it’s easier to continue that brand, and hopefully—as we’ve discussed in the past—I’ll fight under [the name] Jack Swagger. Even though ‘Jake Hager’ is pretty cool, and I’ve got some big name ideas that would go with that, I ultimately wanted to embrace my professional wrestling past.”

Jack Swagger did a very good job impressing people who didn’t have much faith in another pro wrestler making the jump to MMA. However, he proved his doubters wrong and is to continue using We The People. It makes sense and the public domain factor could also be why Swagger’s WWE merch had a hand outline instead of his classic catchphrase.