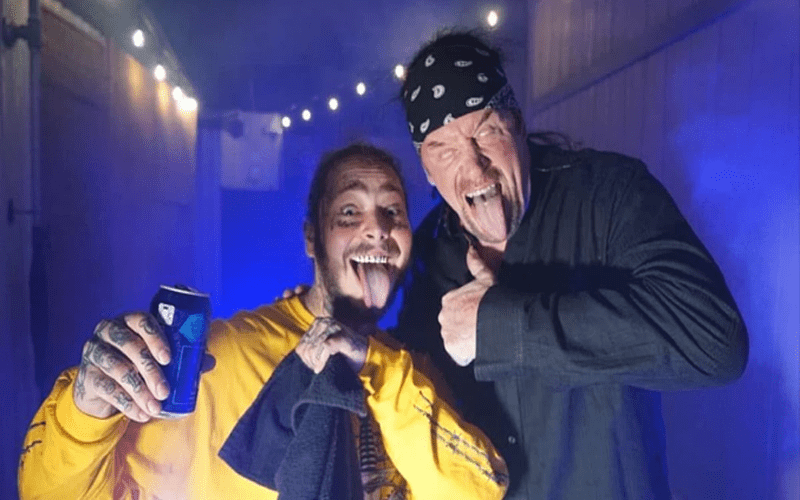 Future WWE Hall of Famer The Undertaker is finally entering the social media game. With accounts on platforms such as Instagram and Twitter, “The Deadman” is attracting an audience of new and old fans alike.

This morning, “The Phenom” would take to his Twitter account to share some backstage photos with Post Malone from a mid-June 2018 concert Malone had. For those who don’t remember, Undertaker showed up at the event and hit Malone with a Chokeslam.

Check that clip out, in focus, below:

The images shared by Undertaker seemed to show the two rehearsing the spot beforehand. You can see in the second image shared that Undertaker has his hand gripped around Malone’s neck, seemingly showing him how the move would work.

Are you following Undertaker on social media? Did you remember seeing the Malone concert segment? Let us know your thoughts, opinions, and reactions in those comments below.