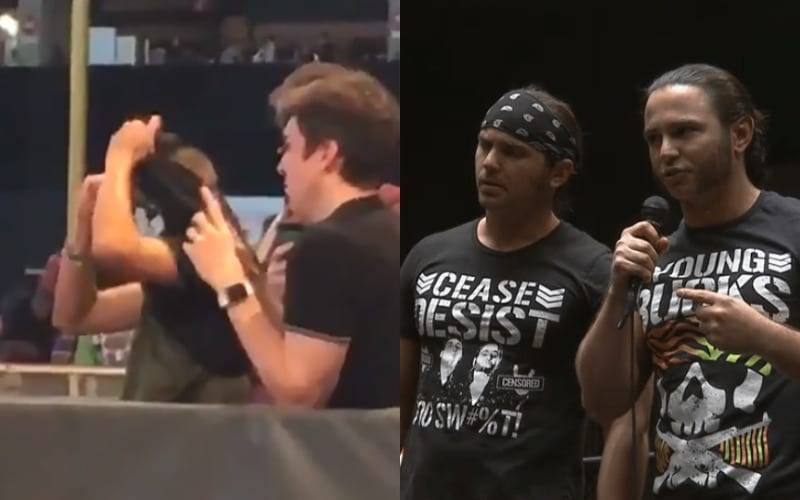 There were a lot of fans at WWE’s Royal Rumble last night, but footage of security making one fan change his shirt went viral. This fan was wearing an AEW t-shirt and he was right on the front row. Needless to say, it brought a lot of attention.

Matt Jackson saw this and he commented on how much of a bummer it was to see WWE doing this.

“Bummer to see this. Hopefully he still has a good time tonight.”

Nick Jackson of the Young Bucks and Executive Vice President of All Elite Wrestling commented on this happening. He also made a proclamation that this will never happen at one of their events.

“Let it be known that if you wanna wear a WWE shirt at Double Or Nothing or any AEW related event we won’t do this to you.”

It’s interesting that WWE is still making the choice to go after AEW merchandise. They might only end up making things worse for themselves. Still, now we know that All Elite Wrestling will have no such policy so fans can wear whatever they want.