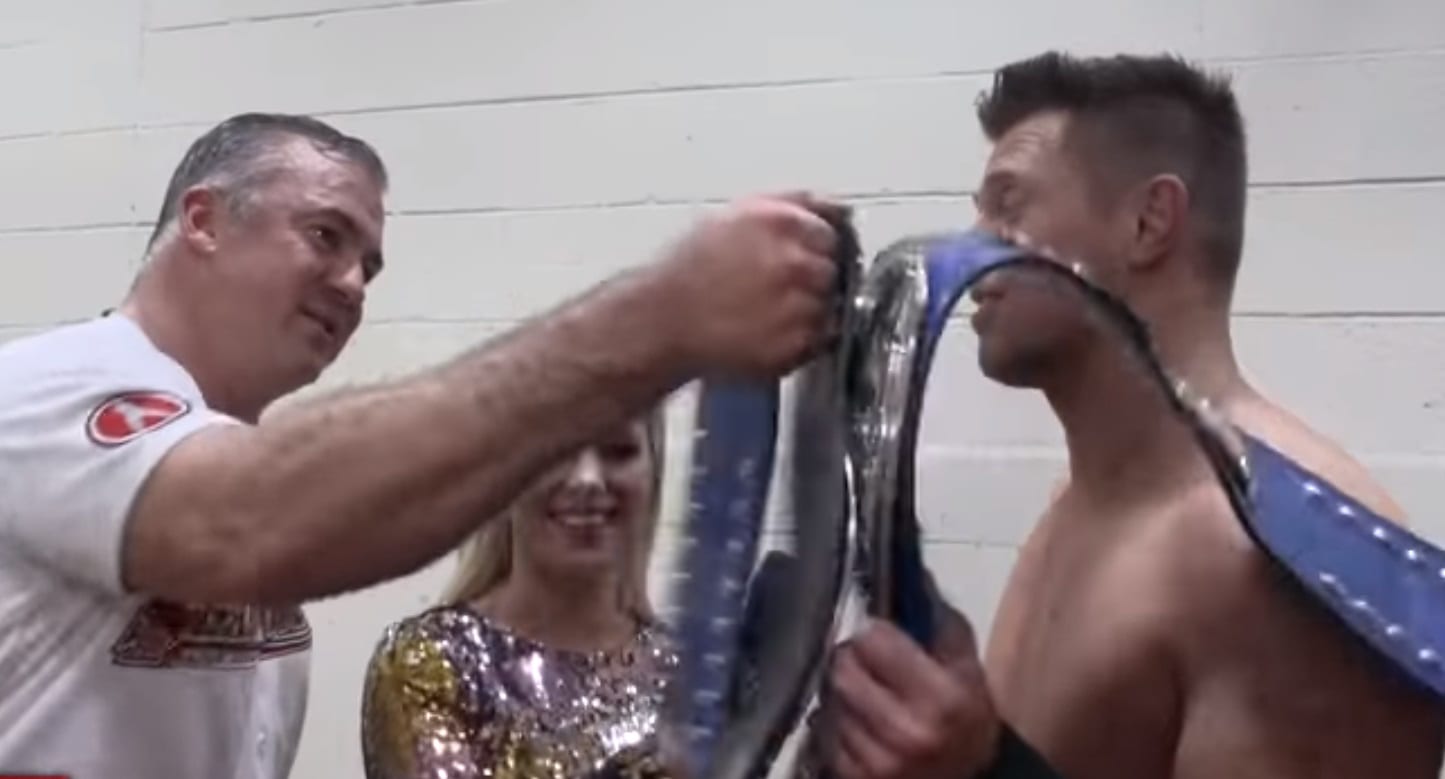 The Miz finally got his wish and competed alongside Shane McMahon to win the SmackDown Tag Team Titles at the WWE Royal Rumble. He got Shane to agree to tag with him by bringing up his father issues which Shane can relate to.

The Miz’s father was ringside for their match and got to celebrate with the Best Friends after they won. Then the new champs continued the celebration backstage. The Miz called winning those titles a “dream come true” as he gushing to Shane backstage.

“Thank you it is incredible to be with you, one of my dad’s favorites and see him out there smiling, happy. Watching his son do what he could do.”

The two Best Friends were incredibly happy as they toasted their titles together. Then The Miz said that they are getting some Royal Rumble burgers. Before they could do that, the two new champs also got a chance to pose with their new titles.