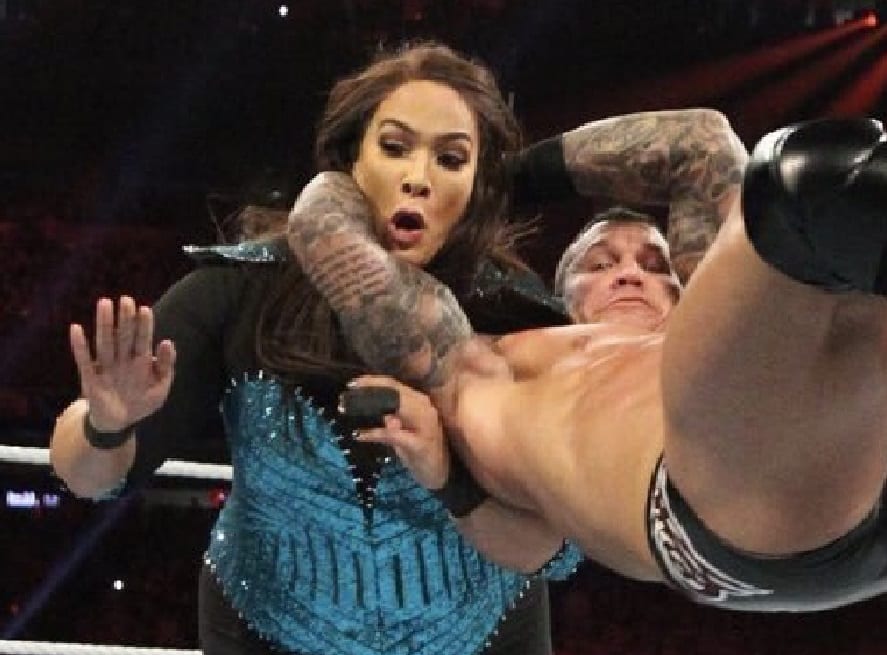 Nia Jax made a very bold move when she entered the men’s Royal Rumble match in the #30 spot after taking out R-Truth. Then she took a series of main event finishers after eliminating Mustafa Ali from the match.

WWE is said to be warming their audiences up to more females taking moves from males on television. This could be a clever way to do it by using Nia Jax. Regarding her experience in the Men’s Royal Rumble, she regrets nothing.

Jax posted a picture of herself about to take an RKO outa nowhere and she was obviously proud of this photo as she should be. Now she joins WWE Hall Of Famer Beth Phoenix and Chyna as the only three women to ever compete alongside the men in a Royal Rumble match.

It would have been great to see Beth Phoenix wrestle in Phoenix, but she had commentating duties. So Beth got to sit back and watch Nia Jax join her in an exclusive club.