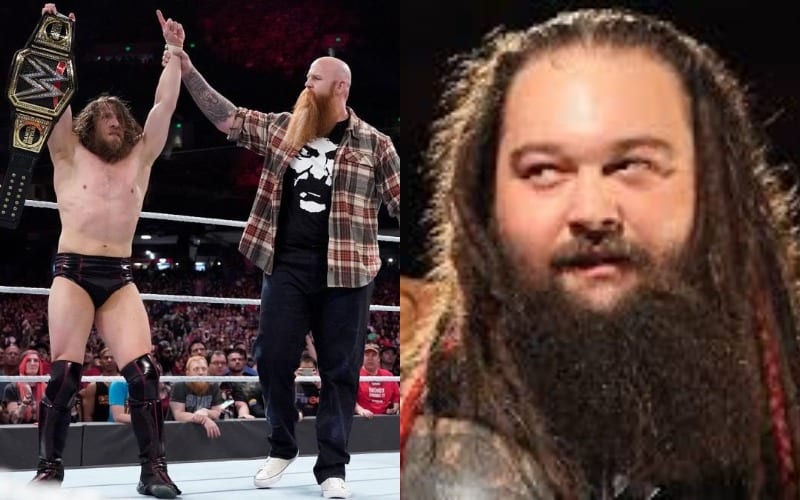 Xavier Woods noticed the irony of Erick Rowan’s return to assist Daniel Bryan in retaining the WWE Title at the Royal Rumble event. Bryan was a member of the Wyatt Family for a short time and now it seems that Rowan was converted into a larger version of Bryan.

This cult-like persona Bryan could be adopting might even bring Harper to join them if the storyline is right. Then Bray Wyatt made it even more interesting by replying after Xavier Woods posted a picture of the Wyatt Family during the Daniel Bryan era.

“Many have come to pry me open.

Many have come asking for the key.

Offering promises that the doubt would lessen,

flaunting their oaths as currency.”

That was a very cryptic message to send, but Wyatt is no stranger to sending out cryptic tweets. He responded to a fan asking him when he would return with: “Near time” which is also incredibly nonspecific.

We will have to wait and see, but it seems like Daniel Bryan’s recent character change piqued The Eater Of Worlds’ interest.