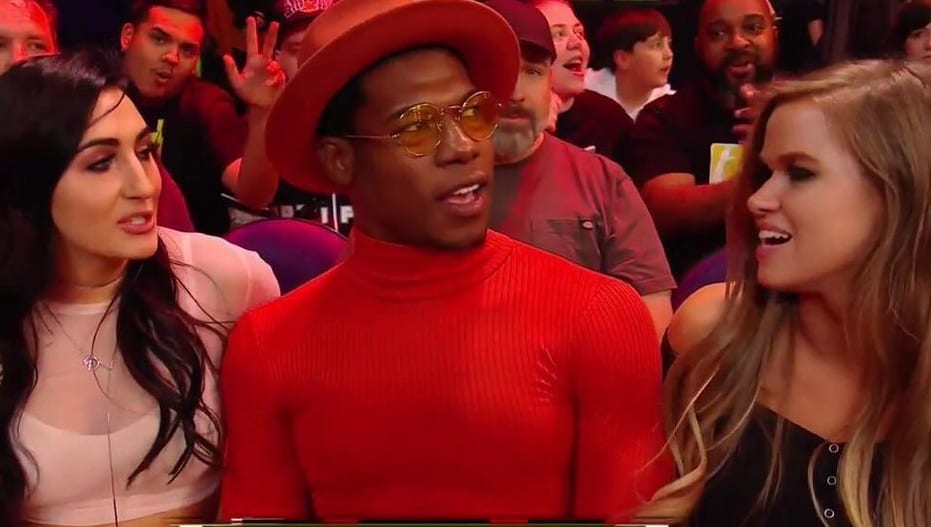 NXT TakeOver: Phoenix was missing Velveteen Dream, but he did show up in the crowd to receive one of the biggest pops of the night. He was also involved in the altercation following TakeOver as well.

Triple H addressed Velveteen Dream’s absence from the NXT TakeOver: Phoenix card where he revealed that it was more of a case of not wanting to over-use the phenomenal young talent. After all, there were plenty of NXT Superstars not featured on the TakeOver card besides Dream.

“That’s part of the awesome aspect of this and the variety of it. You’re not seeing everybody every single time and you’re not doing the same stuff. He had star moments tonight to me just in the little stuff he did. He walked out there and he sat in the crowd.”

“It’s all the little steps in being a star and the one thing about Velveteen Dream is I think that everybody fails to realize for him is he’s been in the business for a minute and how far he is and how far he gets this it’s awesome. I think we all want to take the steps so he gets there in the right manner so it all works in the best way possible. He doesn’t become too big too soon in the wrong way where you put him in the position where he’s not ready for it and he could fail. I don’t see that in front of him, but it’s all things that you keep in your mind.”

Velveteen Dream is a top star in the making and NXT is doing their best to make sure that they construct the best Superstar possible. Therefore, Dream isn’t going away. If anything, WWE is preparing him for even bigger things because they want to make sure he can handle it when that day comes.