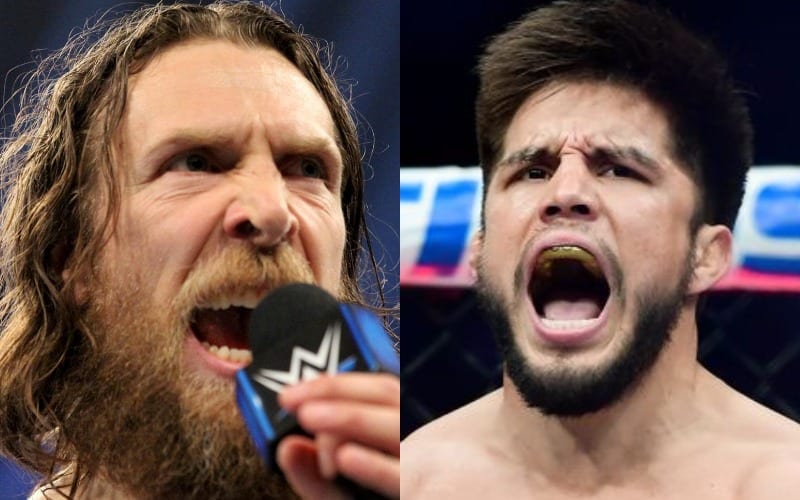 Daniel Bryan is very protective of his family. Since Nikki Bella is Daniel’s sister-in-law that qualifies her to be someone that he cares about. This is why he seems to be so interested in who she is dating.

Nikki Bella recently received word that UFC Flyweight Champion Henry Cejudo has a crush on her. She responded and seemed very open to receiving some training and offered to send Cejudo some Bella Radici wine.

Daniel Bryan didn’t like this one bit and recently threw a verbal jab at Henry Cejudo during an interview. Bryan said that Cejudo isn’t half the man he is. Of course, the UFC Flyweight Champion had to respond.

“@WWEDanielBryan there’s enough room in The Valley for a King and a Prince. As Prince, you should know your role & make sure you pour my Bella Radici wine to the rim. PS. Don’t get too attached to that @WWE belt, I am on a bit of a roll myself.”

Since Cejudo dropped a mention of The Bella Twins’ wine company we can only assume Nikki followed through with her promise to send him a bottle.

Daniel Bryan didn’t read this comment without replying and after threatening to drop a weight class to defeat Cejudo, he said that the closest Henry will get to Nikki Bella is by drinking her wine.

“Watch your mouth, boy, or after I beat AJ at #RoyalRumble, I’ll drop down to 125 and come tap you faster than you Dillashaw. #HeelHookSucka #KingOfChampions #PlanetsChamp”

P.S. Drinking Bella Radici is the closest you’ll ever get to my sister-in-law

We will have to wait and see if Nikki Bella will throw her two cents in on this one, but it looks like she has a very protective brother-in-law who might just be thinking of her best interests.