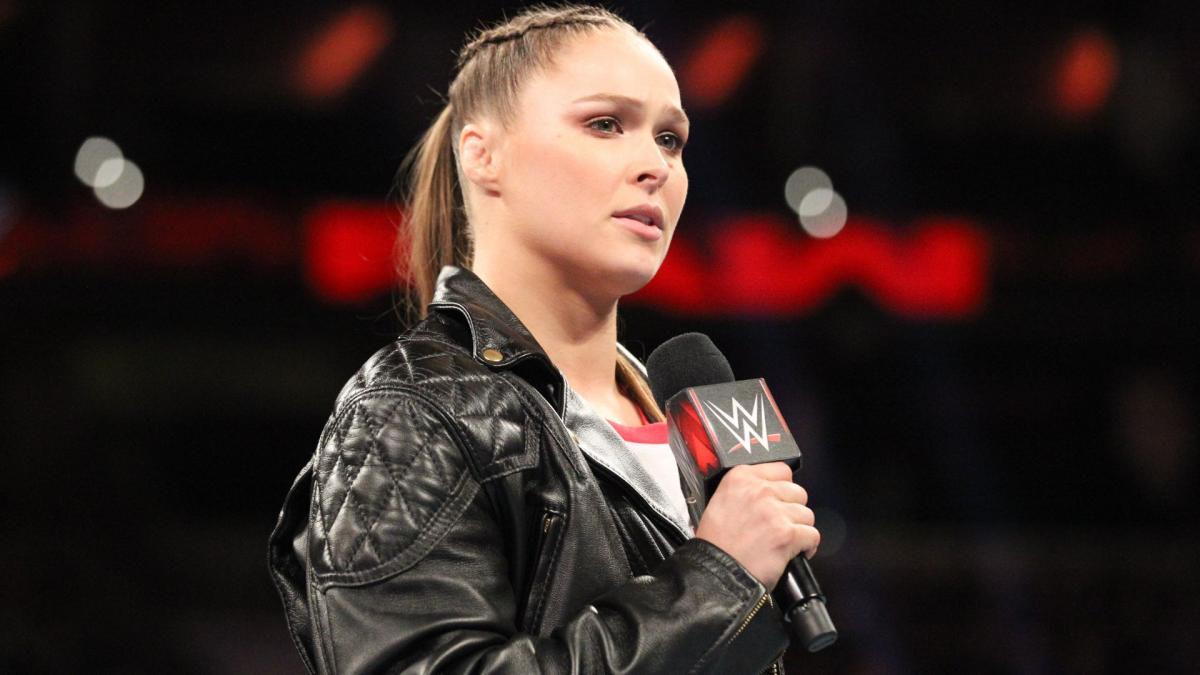 Ronda Rousey surprised a lot of people when she showed up during the conclusion of the 2018 Royal Rumble pay-per-view. She pointed at a WrestleMania sign on the ceiling and started her career as a WWE Superstar. Now she is reportedly wrapping up her time with WWE already.

The Wrestling Observer Newsletter reports that “there is a very good chance that Ronda Rousey will be finishing up with WWE at WrestleMania.”

It is reported that there has been a decent amount of talk within the company about Rousey’s exit from WWE within the past week and right now that is the plan.

WWE has always been a temporary deal for Rousey. She wants to start a family with husband Travis Browne. Although WWE reported Rousey’s contract as full-time for multiple-years it was only, in reality, a one-year deal. It is said that this was “pretty much known” that she would be leaving after WrestleMania 35.

Rousey’s first match in WWE was at WrestleMania 34 when she competed in a tag team match with Kurt Angle against Triple H and Stephanie McMahon. It is reported that if she is leaving the company after WrestleMania 35 then she will most likely be putting over Becky Lynch rather than Charlotte Flair because “that would be what the fans would want.”

A WrestleMania triple threat match with Ronda Rousey, Becky Lynch, and Charlotte Flair makes the most sense if Rousey’s exit is within sight because it would put both Flair and Lynch in a good position.

There is reportedly no “hard and firm last day,” however Rousey’s exit from WWE is currently the working idea. There is also always the possibility that Vince McMahon will make a big offer to Rousey and convince her to stay as he has been known to do in the past with the likes of Brock Lesnar.

Even if Ronda Rousey leaves WWE, she could come back every now and then like John Cena or The Undertaker and make rare appearances.