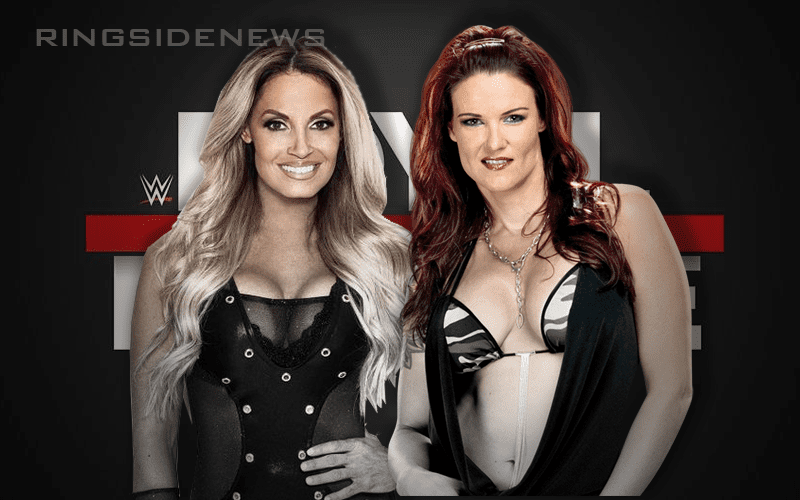 Trish Stratus and Lita returned to WWE last year and had a run as Team Bestie. They stretched their partnership through WWE Evolution and competed the next night on RAW as well. With WrestleMania coming up and Women’s Tag Team Titles in the picture now, you have to wonder if they will be in the mix.

Joe Peisich said on Barnburner’s No Holds Barred podcast that fans should expect to see the two WWE Hall Of Famers make returns on Sunday in Phoenix Arizona.

“I have heard that Trish Stratus and Lita will once again be appearing at the ladies Royal Rumble on Sunday.”

Both Trish and Lita had a very good showing when they returned last year. They are legends who can see keep up with the younger talent in the ring. You never know what kind of plans WWE could have for Team Bestie in 2019, but it looks like their last departure from the company was more a “see you soon” than a real goodbye.