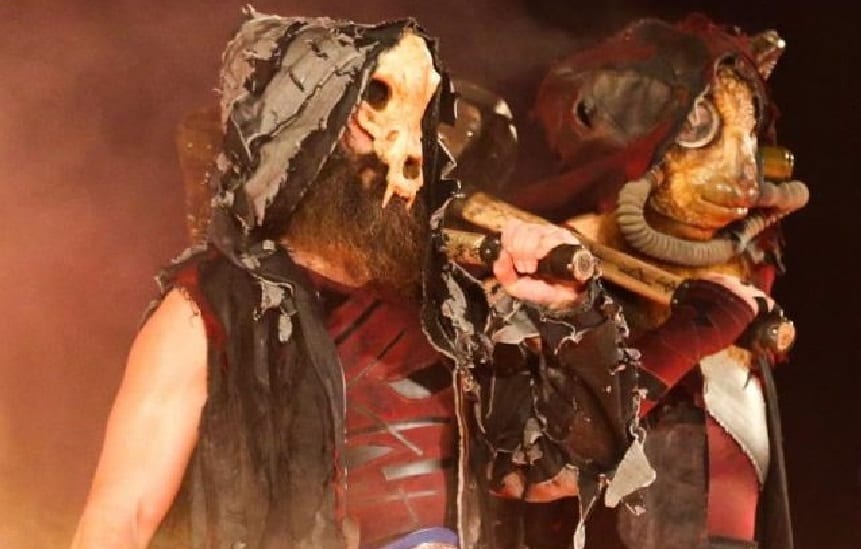 The Bludgeons Brothers should be back very soon. Harper and Rowan experienced injuries of different types, but they were both out of action at the same time. Now we are closer than ever to their eventual return.

Mike Johnson noted on PW Insider Elite audio that although Erick Rowan is the only one who is actually in town for SmackDown Live, that doesn’t mean Luke Harper won’t join him to create a possible return of the Bludgeon Brothers during the go-home SmackDown Live before the Royal Rumble pay-per-view.

“The Bludgeon Brothers are scheduled to return shortly. We are told that Erick Rowan is already on the road. He has been spotted already in Wichita Kansas. I have not heard about Luke Harper who was at the WWE Performance Center yesterday. The doesn’t mean that he’s not going to go from Orlando to Wichita for SmackDown today.”

“Thus far we have only heard 100% that Erick Rowan is in town for SmackDown. We have not heard anything for Luke Harper yet.”

You would think that if one Bludgeon Brother is returning the other might be very close behind him. It was not confirmed that Rowan will be appearing on television. However, you can never put it past WWE to pull a return before a pay-per-view for a big surprise.