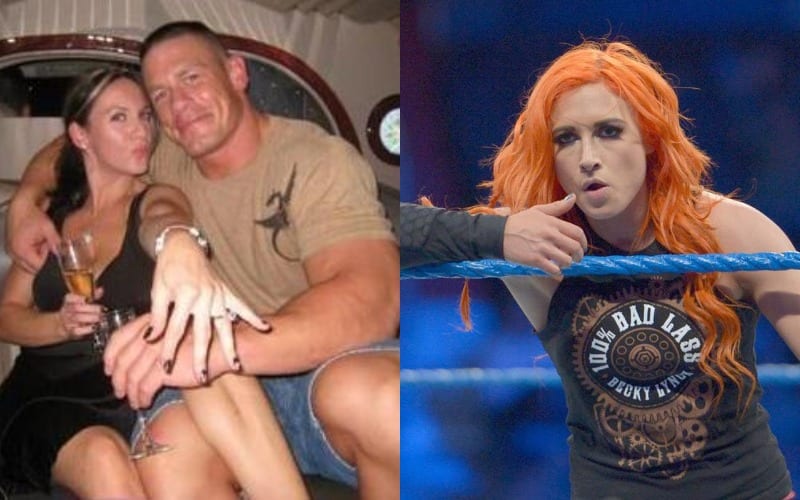 WWE Superstars are using social media now more than ever to further storylines and get themselves over. Sometimes it results with treading into pretty dangerous territory, but Becky Lynch knows how to use Twitter like a champ.

We previously reported that Becky Lynch and Mickie James had a little back and forth on Twitter. It all started with James didn’t appreciate that Lynch goes around calling herself The Man in an age of such women’s empowerment.

Becky Lynch’s reply said this isn’t the first time James has come at a top Superstar to further her career. A lot of fans replied with John Cena animated gigs. After all, James and Cena dated about a ten years ago and their relationship wasn’t the only one that started with an on-screen storyline either. This resulted in the best reply Mickie James could offer.

“Sorry. It took me a minute to stop laughing. Seriously, all this build up?! All this anticipation… For that?! Wow! What a . How dissatisfying?! You know what, you’re babe. You are #TheMan”

Mickie James has put John Cena in the past. She is currently married to Nick Aldis and the couple are very happy. However, that won’t stop people from bringing up her previous relationship with Big Match John when things come down to mudslinging.