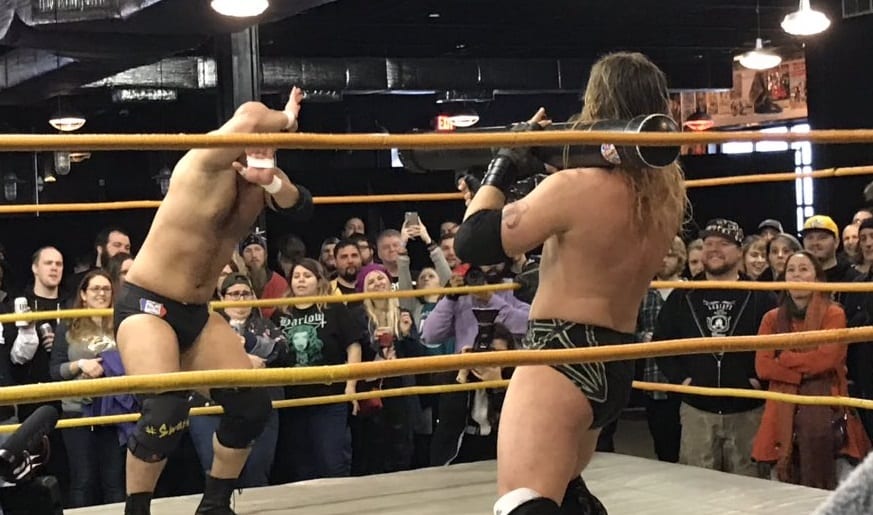 You never know what can happen when you go see an indie wrestling event. Some wrestlers might not get to work very often so they make their time in the ring count.

For Graham Bell, this meant that he had to bring along his trusty bazooka. One fan had to wonder why he was even allowed in the building and they are not alone either.

“I need to know why @sup_graps allowed a man with a bazooka to enter a ring, let alone a BUILDING.”

It is a very funny visual to see a pro wrestler sticking an actual weapon of mass destruction in their opponent’s face. Still, you have to wonder if he left the bullets at home or at least let’s hope. Because if he tries this again and forgets to empty out the chamber then things could have had a much less humorous result next time.