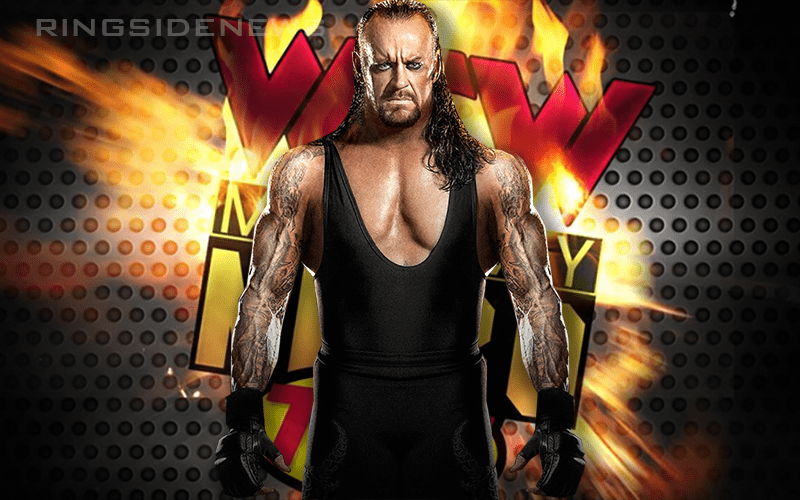 While answering questions on 83 Weeks, Eric Bischoff was asked how he would have utilized The Undertaker in WCW. Bischoff admitted that he wouldn’t have exactly known how to use him because they didn’t own the rights to the “Undertaker” character.

Bischoff would then mention how it’s hard to book “big guys” and explained why he would have not been excited to hire The Undertaker.

“I was never a big fan of really big guys. You know we had Kevin [Nash], we had Paul [Big Show], and it’s really hard creatively. We’ve touched on this before, you know, booking guys that are that big, because it’s hard to, in a believable way get sympathy on them. It’s hard for them in a believable way to sell unless you take a chainsaw to them or a bazooka. You know? It’s hard for them to be a good heel because it doesn’t make any sense for a guy that big to be a chicken shit. It’s not believable. So, I just don’t know. I know I wouldn’t have been excited about hiring him. Not because he’s not a super talented guy but if you would’ve looked at our roster back then, where would he have fit? He had a relationship with — he was in WCW before so lets have fun with this. We’ll use our imagination. So lets assume, hypothetically, the whole n.W.o., WCW storyline as I had it in my head, would’ve played out the way I wanted it. n.W.o. would’ve officially taken over Monday Nitro, top to bottom, would’ve been n.W.o.’s show. WCW would’ve been over on Thunder had it played out the way I’d hoped for it. Because WCW and Mark Callous previously had a relationship, I would’ve probably tried to play off that. I would’ve probably tried to bring Undertaker or Mark Callous in on the WCW side of the equation to be kind of a counter for Kevin Nash, so-to-speak, so that might’ve worked. But other than something like that, I don’t know, it would’ve been tough.”