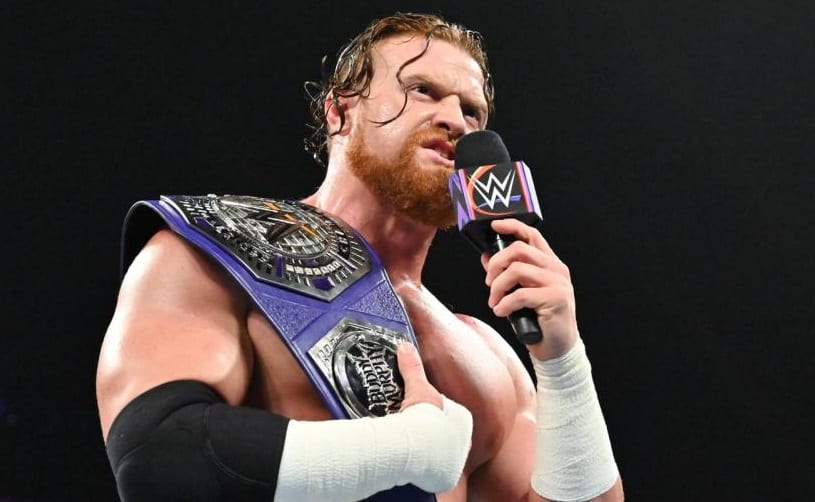 Sometimes it’s not always easy to be social even when it is something that is asked of you. Buddy Murphy comes from Australia and he has a different sense of humor as well as another way to go about things which unfortunately, come off the wrong way to some people.

WWE likes to have their Superstars in NXT socialize with each other as they develop a connection. This is not something that Buddy Murphy has ever been keen on as he explained to Lilian Garcia on Chasing Glory. Because the WWE Cruiserweight Champion needs time to himself.

“I need [my alone time] like I watch movies and play video games and eat food like that’s me. Wrestling’s work like I’ve got a passion, but it’s a work. It’s a goal. I gotta work towards it. So that goes back to the indies because I’d rub people the wrong way just because I just wouldn’t hang out with them, I’d do my own thing.”

“So it was the same when I got to NXT. I was a shy guy. I didn’t want to talk to anyone like, ‘Hi guys’ I didn’t want to interrupt anyone and be that guy who interrupts and becomes social so I just kinda walked the side of the wall.”

“That led to the same kind of stuff. People didn’t know how to take me with the Australian humor you’re gonna rub people the wrong way no matter what. Depending on if you’re the nicest person, sometimes you’re too nice and there’s no winning and that was one of those things that I realized that I have to be me no matter what take it or leave it. I’m more comfortable to do that now than I was when I first got there.”

Obviously, Buddy Murphy was able to find himself in a lot of ways. His relationship with Alexa Bliss probably helped him find some form of socialization as well. However, it’s always important to remember how much someone can value their alone time because sometimes a guy just needs to be left alone.

The idea of doing his own thing translated to how he treated his character. When Dusty Rhodes told him and Wesley Blake that they were going to be a tag team, they were told not to invest in buying ring gear because it was just something they were trying out. Of course, Blake and Murphy had other ideas.

“We were told not to invest in ourselves. Like this is just to get reps. Don’t get gear, don’t get any of this. As soon as we left that office it was like we’re getting gear. Blake had it and we were just doing dark matches. Just walking around Full Sail with matching gear we’re showing we’re invested in this, let’s do something with this.”

Buddy Murphy continues on in his career and has a big match set at the Royal Rumble pay-per-view. You never know if he could drop the title and go on to bigger and better things, but if he keeps up his trend of doing his own thing it could be an exciting 2019 for Murphy.