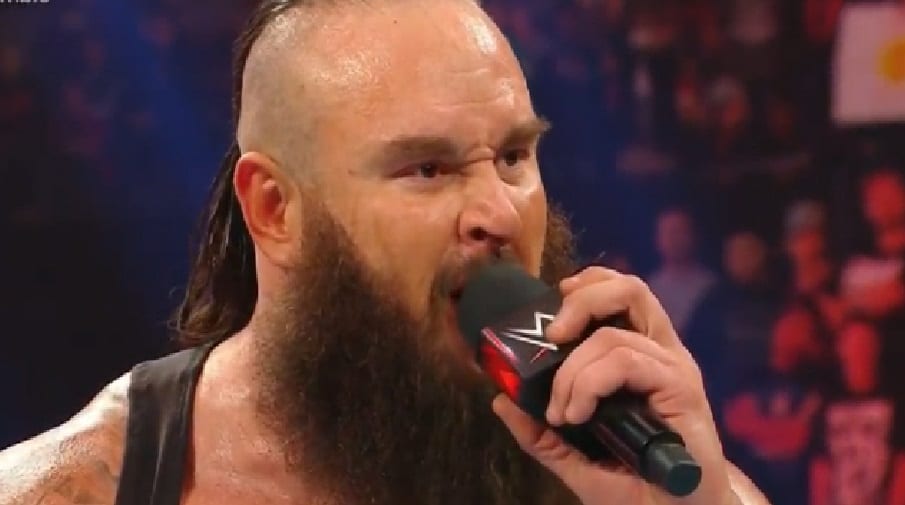 Braun Strowman lost his WWE Universal Title match on RAW last week. This was the result of Strowman tearing the door off of Vince McMahon’s limo after he busted the window out in an attempt to get his hands on Baron Corbin.

Strowman has been coy about his return to the ring, but it seems like he got the green light. Because The Monster Among Men wrestled this week on RAW.

Strowman came out to say that he will be getting his shot at Brock Lesnar eventually. Then McMahon set up a match on the spot against Finn Balor who was also out there.

This is interesting and obviously means that Braun Strowman could have physically wrestled at the Royal Rumble. However, the decision was already made that Braun would be replaced.

Strowman put a real punishment on Finn Balor too which furthers the underdog storyline Balor is currently working on. This match ended in DQ once Brock Lesnar got involved and hit Finn Balor with an F5.