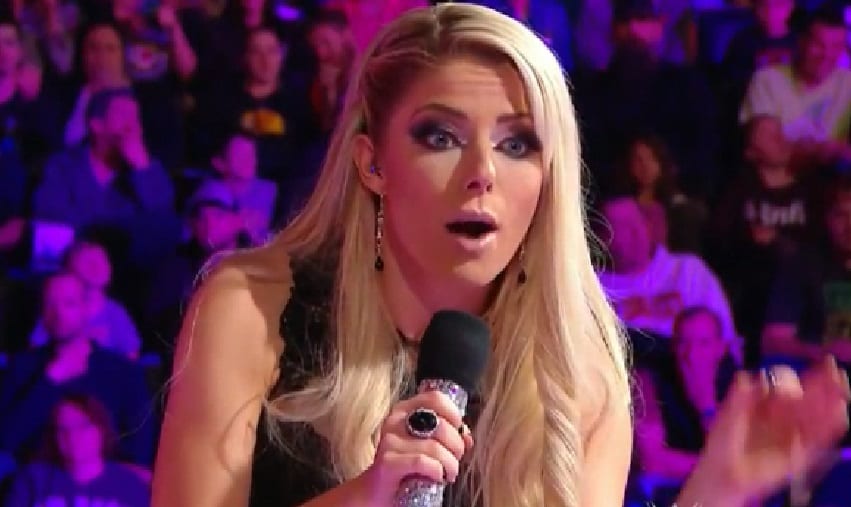 Alexa Bliss has been out of action since October after suffering from a concussion. She didn’t waste any time in trying to get ready for her in-ring return and it looks like all that will change at the Royal Rumble.

Bliss announced during The Moment Of Bliss segment on RAW this week that she will be entering the Women’s Royal Rumble match this year. It was said that Bliss’ situation was pretty bad and she took her return to the ring slowly and it obviously paid off.

Being in the Royal Rumble match is a great spot for Bliss to be in. They will be able to protect her in that setting.

This is also perfect for Bliss because she had to sit at ringside last year for the first Women’s Royal Rumble. Alexa Bliss was a champion at the time and sat at next to Charlotte Flair to watch the match go down. Now both women will be able to participate this time around.